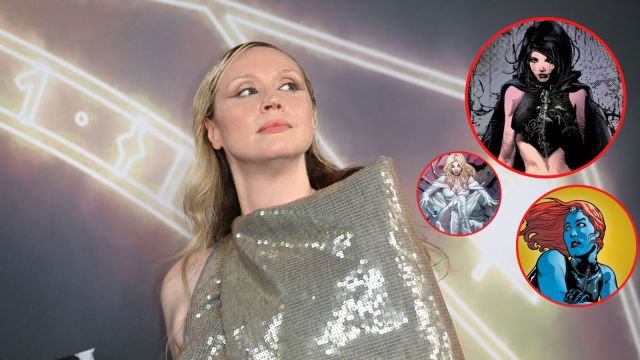 A terrific actress who has appeared across Game of Thrones, Star Wars, and the many dimensions of The Sandman, fans are now talking about what big role Gwendoline Christie would fit like a glove in within the Marvel Cinematic Universe.

After already being on the Disney books for her role of Captain Phasma in the sequel trilogy in very small, bit-party roles fans are now pondering which iconic Marvel character the English actress could embody in a future MCU project as it continues to infinitely expand.

Her breakout role as Brienne of Tarth in Game of Thrones showed her imposing nature on screen, so what could of role would she take if she were to hypothetically get a role in Kevin Feige’s sandbox of heroes?

She’s just played Lucifer in The Sandman, but how about just side-stepping the role ever-so-slightly and playing the Marvel Universe’s go-to Stan figure that is Mephisto? Or even Thanos’s long-lost love Death? Cause, y’know, reference!

The role of Mystique has been played in the past by two excellent actresses in Rebecca Romijn and Jennifer Lawence, so could she be the MCU’s version of the character?

While on the topic of mutant cast, how about Emma Frost? Last seen in X-Men: First Class, the character hasn’t quite seen justice in live-action adaptations just yet. Perhaps even, most ballsy, get her in as Sue Storm.

Then the truly left-field option of Sabretooth. Yes, a gender-bent Sabretooth. That would certainly get people talking and at least some YouTubers very upset.

In the meanwhile, we’ll just need to thoroughly enjoy Christie’s performance in The Sandman which is currently streaming on Netflix.