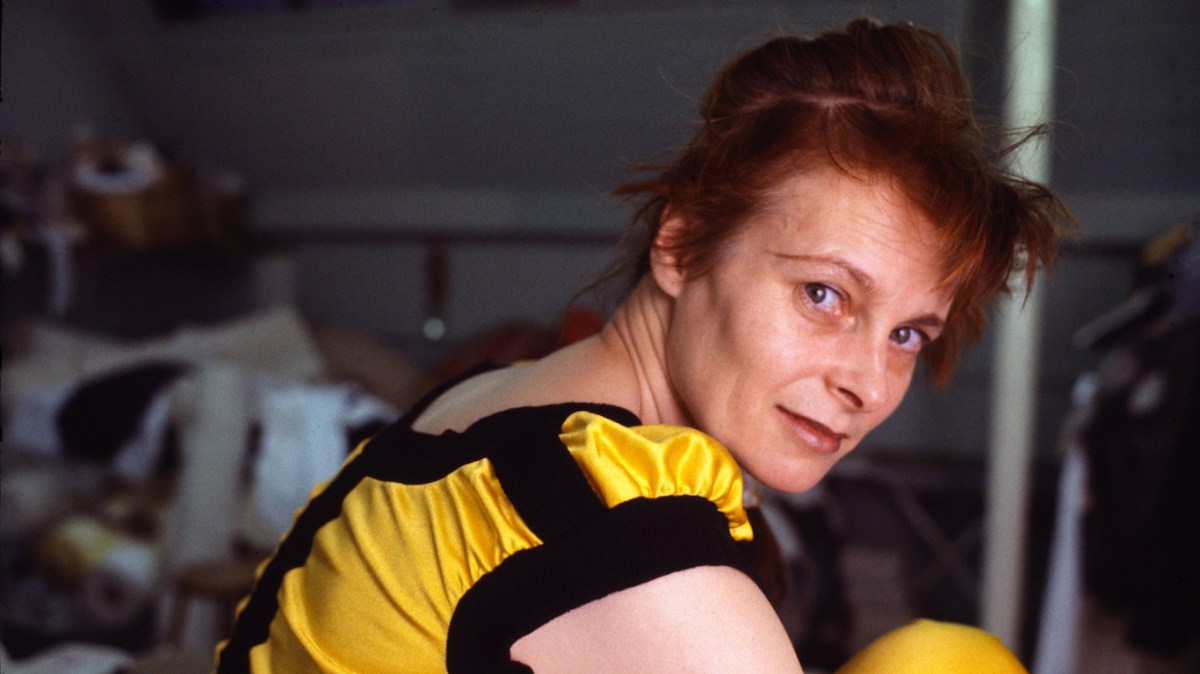 Her official Twitter account posted the sad news with photo of Westwood wearing one of her trademark designs with the caption, “Vivienne Westwood died today, peacefully, and surrounded by her family in Clapham, South London. The world needs people like Vivienne to make a change for the better.”

For decades, Westwood was the enfant terrible of British fashion. Over the years, her irreverence permeated every aspect of her art, creating looks that commanded attention – and the occasional gasp. She brazenly drew inspiration from the anti-glam youth culture of the 1970s and distilled it into a new minimalistic aesthetic artfully held together with safety pins. Her iconoclastic approach to fashion soon earned her affectionate sobriquets like “The Queen of the Extreme” and “The Godmother of Punk Rock.”

She was born Vivienne Isabel Swire on April 8, 1941, in Cheshire, England, to Dora (née Ball) and Gordon Swire. Her family moved to Harrow in 1958, where she enrolled in art school but dropped out after one term. She eventually became a primary school teacher and sold custom jewelry at bazaars on the weekends.

She met and married Derek Westwood, a factory worker, in 1963. The following year, their son Benjamin was born. She left her marriage in 1965 and met Malcolm McLaren the same year. Their son Joseph Corré was born in 1967. Thus began her decidedly unconventional foray into fashion.

Westwood and McLaren operated a boutique called SEX in London that soon became a hub for the punk rock movement. McLaren was the manager of The Sex Pistols, who famously wore Westwood’s cutting-edge designs and put her brand on the map. The pair presented their first catwalk collection in 1981.

Her showstopping designs were often the centerpieces of cultural milestones. In the 2008 film adaptation of Sex and the City, fans collectively gasped in awe when Carrie Bradshaw (Sarah Jessica Parker) appeared on screen wearing Westwood’s ivory silk taffeta bridal gown with an eye-popping teal fascinator. In 2014, when Pharrell Williams wore The Buffalo Hat Westwood designed with McLaren in 1894, fans were captivated anew.

Pop singer Boy George tweeted his admiration for Westwood transformative impact, “R.I.P. to the great and inspiring Vivienne Westwood who led us through punk and beyond. Laughed at by the fashion industry but without question she is the undisputed Queen of British fashion. I love you! Oh bondage up yours!”

Westwood is survived by her children and her widower, fashion designer Andreas Kronthaler, who she married in 1992.