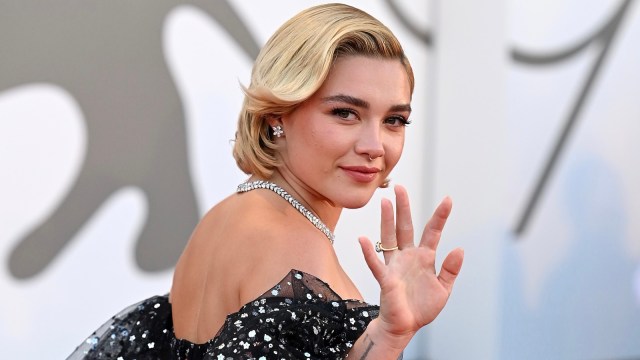 Florence Pugh and Zach Braff may have broken up but that isn’t stopping them from getting along apparently. The Black Widow star and the Scrubs actor quietly called it quits earlier this year but recently engaged in some winky online flirtation over Instagram.

Braff made a post to his account this Thursday to spotlight an eBay auction for a 30-minute zoom call with himself and Scrubs co-star and best friend/bromantic partner Donald Faison. The action will benefit wounded veterans through the Homes For Our Troops program but it also benefits those who ship the former couple.

Just two hours after Braff posted, Pugh responded “I’m deffo [definitely] bidding on this.” Braff quickly responded that Pugh could always get a call for free. We assume with or without Donald.

This bodes well for any upcoming press junkets for Braff’s upcoming film, A Good Person. Pugh stars in the movie as Allison, a young woman who has lost her husband and forms an unlikely bond with her father-in-law, played by Morgan Freeman. The movie began filming in October of 2021 when the two were still a couple — and the good-natured Instagram exchange would seem to indicate that the breakup was amicable enough to promote their new film.

Pugh and Braff’s former relationship weathered a great deal of controversy over the years, mostly due to the 21-year-old age gap between them. Despite the scrutiny, Braff has repeatedly and publicly voiced his respect and admiration for Pugh while she has admonished critics of their romance for what she claimed was simple bullying.

It seems like whatever the pair’s status is at the present, they remain warm friends. A Good Person will premier in theaters on March 24.