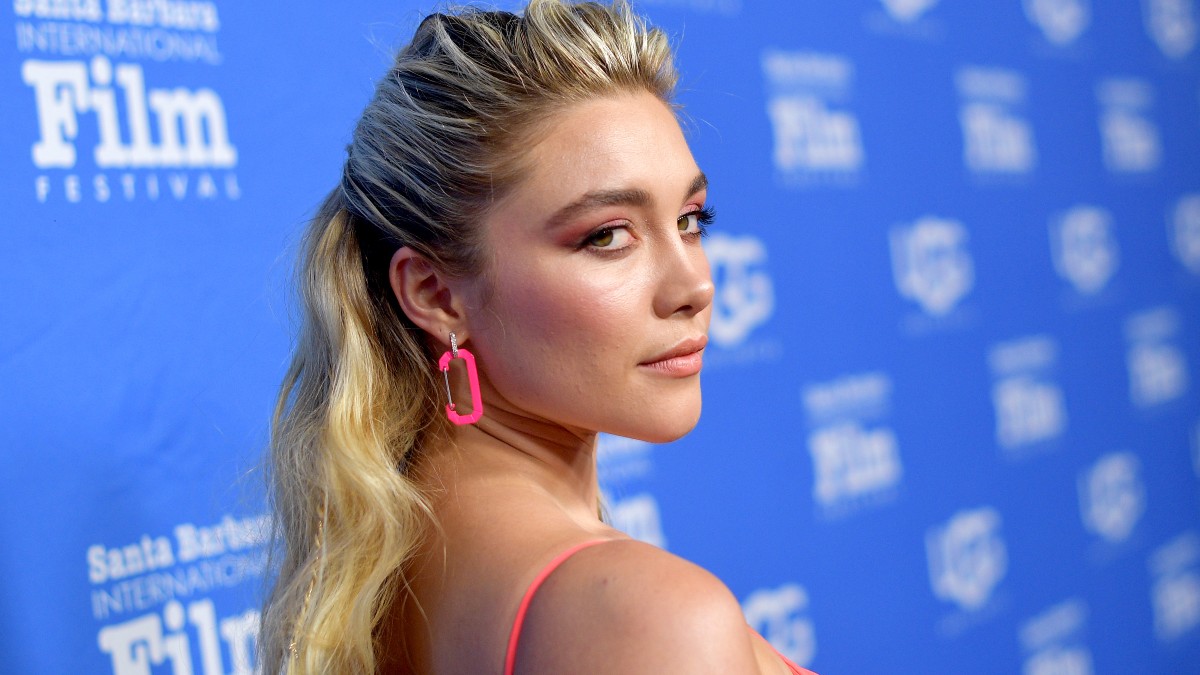 Actress Florence Pugh is breaking the mold ⏤ and the internet ⏤ by uploading a two-for-one fashion post in honor of the Christmas holiday. While others are sharing family photos to commemorate the festive occasion, the 26-year-old decided to bless her followers with a view of the elegant Valentino dress that she previously wore to The British Fashion Awards.

In an Instagram post shared on Dec. 24, Pugh shows off various angles of the red ensemble, striking equally dramatic poses. The first photo showcases the Black Widow star, whose body is turned away from the camera, slightly turning up the heat by gently placing her arms on the walls so that her fans can admire the dress’s backless design.

In the second image, Pugh casually lays down as her dress drapes over the stairs. In addition to the post, Pugh sent well wishes to everyone and tagged celebrity photographer Josh Shinner. “Merry Christmas Eve, you scoundrels,” she wrote. “Shameless red dress post because… crimbo.”

When Shinner became aware of Pugh’s snapshot, he complimented her sizzling look on his Instagram story and opened up about his thought process while trying to get the stair shot. In his first upload, he compared the Don’t Worry Darling star to Santa, writing, “Basically a very chic Santa.”

Referencing the second post, Shinner recalled being fearful of dropping the camera as he tried to get the perfect stair shot, so much so that he started having an internal conversation with himself. The photographer stated, “Internal dialogue when taking this shot. Don’t the camera. Don’t drop the camera.”

All the hard work seems to have paid off, because soon after Pugh shared the images to her Instagram, fans fawned over her to the tune of nearly a million likes. A handful of them mentioned how shocked they were by Pugh’s beautiful appearance while others claimed the actress’ presence alone was their early Christmas gift.