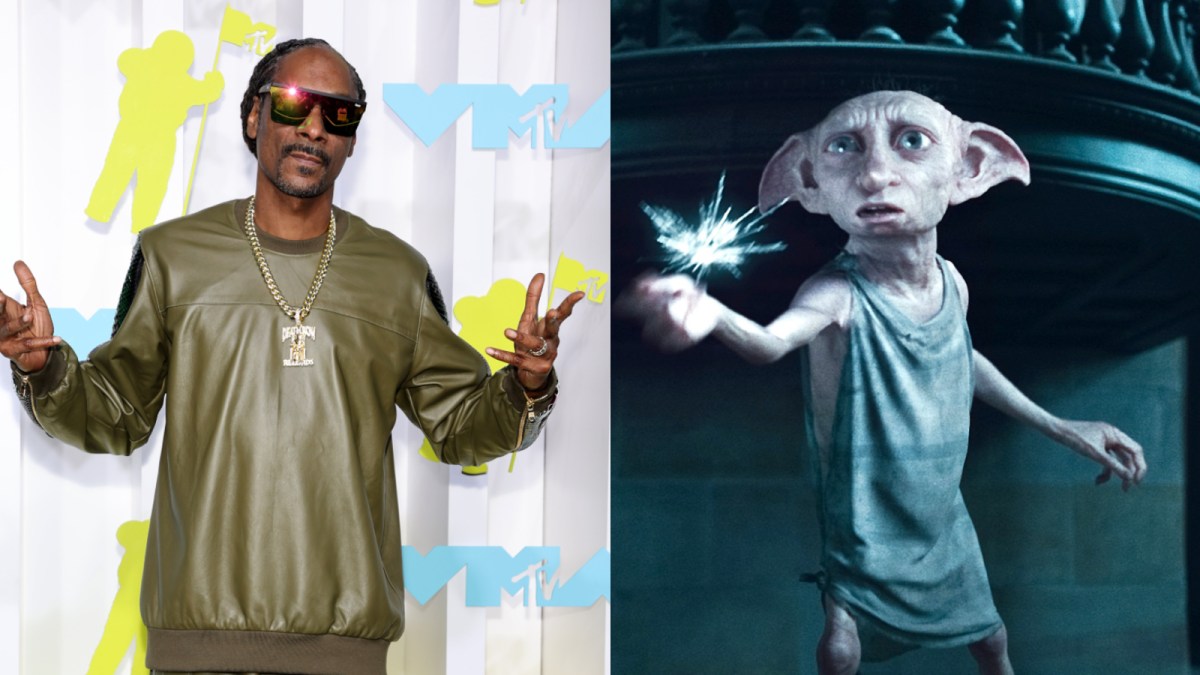 Snoop Dogg, known for being the epitome of chill, took to Twitter earlier this week to share a detailed yet nightmarish art piece of himself as Dobby the House-elf from Harry Potter, henceforth dubbed Snoop Dobby Dobb. The high-foreheaded, pointed-eared rendition of Dobby Dobb raised more than a few eyebrows, but perhaps none more than Jason Isaacs, the actor who played the House-elf’s former master, Lucius Malfoy in the movies.

In a tweet sharing Snoop Dogg’s frighteningly intricate art piece, Isaacs cemented in history the one collaboration fans of both Harry Potter and Snoop Dogg can confidently say they never saw coming.

“Might’ve chilled Lucius out a little,” Isaacs wrote, and he’s not wrong.

More than any other character besides Lord Voldemort, Lucius Malfoy needed some Mary Jane in his life. Imagine the stress-free life he could’ve enjoyed had he just tossed a joint back and forth with Dobby instead of abusing the House-elf and causing him to shut his ears in oven doors and turn on the Malfoy family and devote the rest of his life to helping Harry Potter bring down Voldemort which ultimately leads to the shattering of Lucius’ air of superiority and causing him to become universally pitied by the entire Wizarding World and flee forever in desperation? Just saying.

Even Isaacs’ Twitter bio acknowledges that Lucius was a “failed Death Eater.” You can’t put it more bluntly than that.

The real kicker here is Isaac’s Twitter profile picture, which shows himself puckering up to a 3-D model of Dobby the House-elf. Now, all we see is Snoop Dogg’s Dobby Dobb and nothing will be the same ever again. Thanks, Snoop. Another collaboration in the books. You really know how to pick ’em.