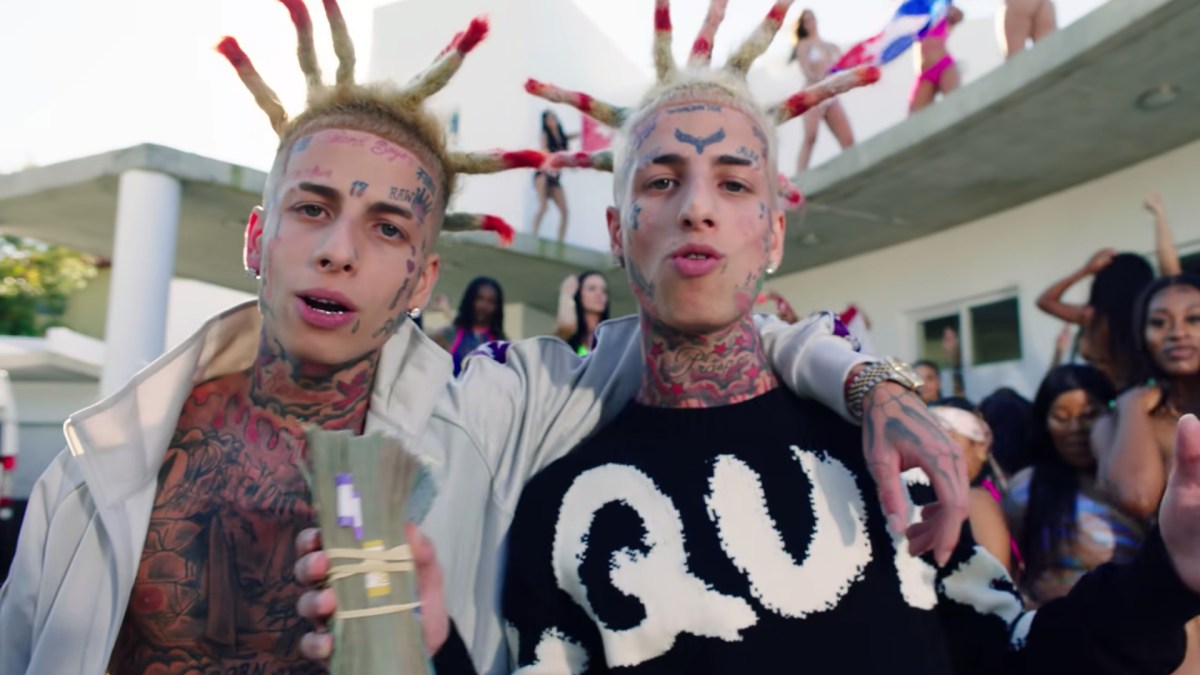 The internet has graced the world with dozens of celebrities who could never exist in a non-digital age, but among the strangest are the Island Boys. The musical duo is comprised of twin brothers Franky and Alex Venegas, whose instantly-recognizable look helped carry them to abrupt online fame.

Their fanbase is far less eager as they leave the confines of the web behind, unfortunately, leaving the musical duo with a stagnant career that largely relies on Cameo jobs and staying relevant with online beef with other influencers to stay afloat. They’re leaning into the second with a singular enthusiasm, sparking controversy with nearly every move they make, and racking up fresh enemies every step of the way. Here’s a look at the pair’s most prominent celeb drama and controversies, over the course of their short career.

The Island Boys only truly entered the scene in late 2021, so they haven’t had much time to court controversy. Despite this, they’ve already made enemies with several high-profile influencers, including the Paul brothers. They’ve also clashed with the law on several occasions, and continue to be the targets of broad backlash for cultural appropriation and the use of racist slurs.

One of the Island Boy’s first celebrity beef was with the ceaselessly controversial Logan Paul. The infamous YouTuber behind the suicide forest video has since moved onto podcasting, launching his dedicated podcast, Impaulsive.

The Island Boys made an appearance on the Impaulsive podcast back in December of 2021, to discuss their burgeoning music career and future prospects. During the interview, a question from Paul’s co-host, George Janko, sparked the offense in the duo, who argued with Paul and his team before storming off set. The query in question related to the possibility that the Island Boy’s music career might not pan out, and saw Janko suggest that they invest their current wealth as an assurance for their future.

The Venegas brothers promptly departed the Impaulsive set, and maintain a grudge against Paul and his team to this day.

Not long after their beef with his older brother began, the Island Boy’s initiated a separate clash with Jake Paul. After heading to Tampa, Florida to watch his match against Tyrone Woodley, the brothers reportedly got rowdy in the audience. Reports of thrown shoes and disruptive behavior saw the duo escorted out of the match, and ruined their relationship with the younger Paul brother.

Next in the Island Boys lengthy list of internet squabbles is TikToker Bryce Hall. The trio met on an episode of Keemstar’s DramaAlert, and their conversation quickly dissolved into quarreling. The pair declined Hall’s offer of a publicized fight, claiming the TikToker was simply “clout chasing,” in his attempts to fight them. It might be worth noting that the Island Boys have about 7.5 million TikTok followers between them to Hall’s 23.4 million.

On top of their multitude of online drama, the Venegas brothers were faced with a personal controversy in February of 2022, after a friend was arrested at their home. Andrew Thomas was arrested in connection to the death of an 8-year-old girl and, while the Island Boys weren’t involved, his arrest at their home — and their connection to him — sparked plenty of controversies.