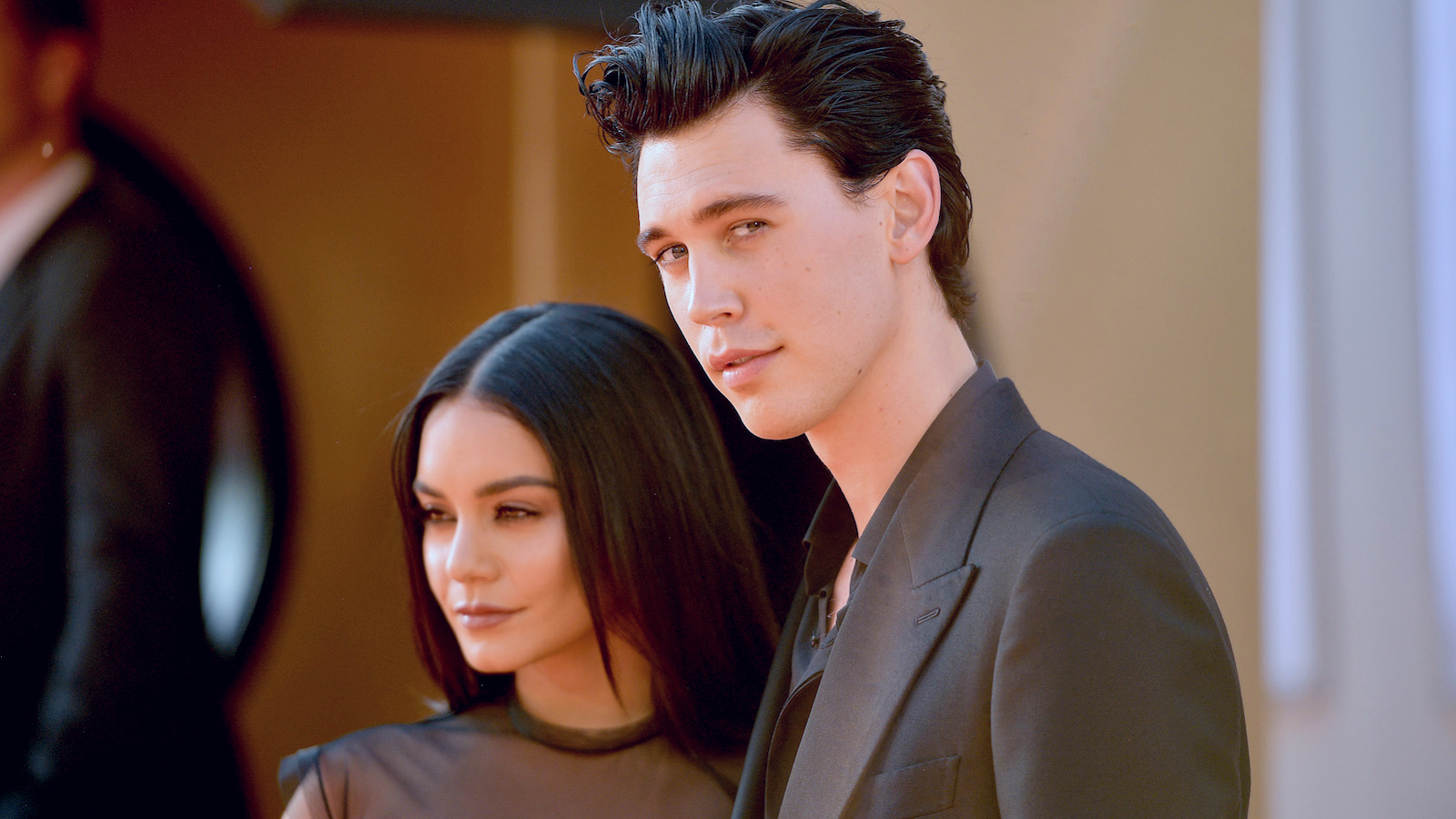 Hollywood is known for a lot of things, but long-term relationships are not one of them. That’s why when Austin Butler and Vanessa Hudgens remained together for nearly nine years, our hopes were high for a lifetime of love. Unfortunately in 2020 that all came to a screeching halt when news of their seemingly out-of-nowhere breakup hit the press, and fans everywhere were shocked.

Neither Butler nor Hudgens publicly gave a reason for the split, not then or now. At the time a source from E! News said it was because they were shooting on two different continents and it was “a matter of distance”. Butler was shooting the Elvis biopic for which he would play the titular character, and Hudgens was shooting tick, tick… BOOM! with Andrew Garfield.

Now, ahead of Elvis’ June 24, 2022 release, Butler was finally asked about the said breakup in an interview with GQ, given that it was during the filming of the movie that his relationship had ended. “Life is full of changes, and you’ve got to find a way to constantly be evolving and growing,” was all he said.

While both Butler and Hudgens have moved on to date other people (Butler is dating model, Kaia Gerber, and Hudgens is dating MLB player, Cole Tucker), we can’t help but look back on almost a decade of committed love. So, here’s a complete timeline of Austin Butler and Vanessa Hudgens’ relationship, from beginning to end, because, well, we’re still obsessed with them.

Even though the couple didn’t get together until 2011 we must highlight when they officially met, which was in 2005 on the set of High School Musical. At the time Hudgens was obviously still in the throws of her romance with Zac Efron, but could there perhaps have been a bit of unspoken chemistry?

A year after her breakup from Zac Efron, Hudgens was spotted cuddling up with Butler at a restaurant in Los Angeles, per Daily Mail. Also, that year cameras caught them smooching in Miami. So far things were going swimmingly for this new pair.

In 2012 Butler and Hudgens made their relationship official by attending the red carpet premiere — which in Hollywood is akin to meeting the family — for Hudgens’ film Journey 2: The Mysterious Island. At this point, the happy pair shed their caution and started locking lips everywhere from Coachella to Italy. Basically, you couldn’t find a picture of them not kissing.

2013 was the year Hudgens released her movie Spring Breakers alongside Selena Gomez. The film was met with lukewarm praise but Butler was quick to come to his new girlfriend’s defense, saying on Twitter “I’m home sick, but sending tons of love to everyone at the Spring Breakers premiere! Especially the beautiful girl in the feather dress ;)”

Butler was but a wee lad in 2014, turning 23 with Hudgens by his side. In an Instagram post, Hudgens wished her beau a happy birthday, calling him the “love of her life”. A pretty big step if you ask us.

But things weren’t all love and happiness for Butler and Hudgens. In 2014 Butler lost his mom to cancer, tweeting, “Lori Butler, my mom, my hero, & my best friend passed away this morning. Let’s all celebrate her. I love you and will miss you every day”. Hudgens retweeted the post in support.

After four years together, Hollywood was beginning to realize this could be the real deal. In an interview with Entertainment Tonight, Butler was asked what makes his relationship with Hudgens work so well, and let’s just say his answer had all of us letting out a collective “aw”.

In the words of Gen Zers who simply can’t get a handle on their emotions: “asdfkjhasdfjha”.

Ever the double threat, Hudgens made her debut as Rizzo in Fox’s Grease: Live in 2016. She also made headlines for her unfathomable professionalism for choosing to perform even after her father’s death the night before the premiere. Butler showed his support by tweeting “WOW @VanessaHudgens singing ‘Worst Things’ had me in tears. Just brilliant.”

At this point in 2017 rumors of an engagement began circulating the internet when Hudgens posted a photo to Twitter sporting a new bob and a shiny ring on her finger. She followed up by saying “Guysssss. I’m not engaged! I posted a pic. Not to show off my ring that I happened to throw on that finger after a long day of filming but to show off my haircut Lol.”

That same year she talked to People about how she and Butler made their long-distance relationship work while he filmed MTV’s The Shannara Chronicles in New Zealand. “Communication is key,” she said. “If anything’s bothering you, don’t hold it in. Always bring it up and just talk about it. Uncensor yourself and just be open.”

As we know from his movie Elvis, Butler has a set of pipes of his own. In 2018 he made his Broadway debut of The Iceman Cometh as Don Parritt opposite none other than Denzel Washington. It was a big moment for Butler and Hudgens was there to support him through it all.

Hudgens was interviewed by Women’s Health about her intermittent fasting diet and also her relationship with Butler. In the interview she addressed the topic of marriage and kids, saying, “I want to get married, travel, then have kids—probably in my late 30s.” At this point, we were all pretty much waiting with bated breath for news of an engagement, but alas, it never came.

2019 was a big year for Butler and Hudgens. The pair would attend several red carpets, Coachella, and in the latter half of the year, Hudgens co-hosted Live! with Kelly and Ryan. While on the show she talked with Ryan Seacrest about Butler’s casting in the new biopic Elvis, which was just announced around that time. Hudgens told Seacrest that the year before Butler dyed his hair black and she noticed a striking resemblance to Elvis Presley. A year later the biopic was announced. Soon after, Butler landed the role.

The same year Butler’s film Once Upon a Time in Hollywood in which he starred as the real-life character of Tex Watson, one of the people involved in the Sharon Tate murders. At the premiere, he opened up to E! News saying “it’s hard for me to even put into words how much that girl means to me,” meaning Hudgens. “I’m so inspired by her every day and just love her to my core.”

However, just months later, the two broke up.

In January 2020, while Hudgens was in the middle of filming tick, tick… BOOM! and Butler was filming Elvis, news broke of their split. One of the last photos that still exists on Hudgens Instagram is a throwback picture of her and Butler in Halloween costumes. The caption reads “a picture is worth a thousand words”.

Neither Butler nor Hudgens commented on the split after it went public, leaving us all to wonder what transpired between the happy days of 2019 and the beginning of 2020. Now, two years after their shocking breakup neither has fully opened up about the final months of their relationship. Both are in new relationships. No one except them knows what really happens. All we can say is it was one heck of a wild ride.