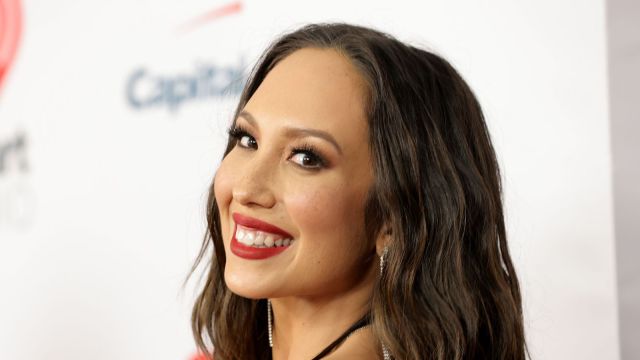 After being a contestant on Dancing With the Stars for 17 years, professional dancer Cheryl Burke will not be returning to the show.

She bid farewell to the competition on Monday’s season 31 finale, revealing her decision on her Instagram page. “It is time for me to begin the next phase of my career, although dance will always be a part of me,” Burke wrote, while acknowledging the lasting impact the show left on her both personally and professionally.

In the post, the dancer mentioned she will be focusing on her mental health advocacy, as well as her podcast — going forward — and teased having “a few things up my sleeves.” The latter might include a dance program called “Body Language” that’s been ten years in the making and will be launching next year, as well as a role in another yet undisclosed “popular show,” Burke told Variety.

She called Dancing With The Stars “the experience of a lifetime.”

In her interview with Variety, Burke also mentioned the prospect of becoming part of Dancing with the Stars‘ judge panel, saying that the production team is “very well aware that I want that seat (…) for probably a few years now.” TMZ have speculated that the show’s refusal — so far — to grant her that opportunity might have played a part in her decision to leave.

“It’s not that I just want [to be a judge], I just know that I can contribute because I am an expert in ballroom dancing. I can say that with confidence. (…) I don’t know where they’re heading with this. I know they still have the huge finale coming up, and they want to get through the season, but they are very well aware. They have been very well aware for probably a few years now. So unfortunately, that decision is not up to me. I would love to still be a part of the family, I just would love a different role on the show, just like anybody after 26 seasons of having that same title. I think it’s important, for me at least, to feel like, okay, let’s grow together as a brand and also for me as a person. If that’s not with the show, then I’m moving forward and I’m moving on.”

Burke — who is now 38 years old — confessed that her “time was up” as a dancer, adding that “There’s so much more that I want to do, other than teach a celebrity how to dance.”

The ex-dancer’s retirement didn’t come without its fair share of anxieties, Burke shared, but ultimately she chose to follow her intuition, “even if it’s scary.” She also mentioned that this decision came after her divorce from actor and singer Matthew Lawrence, which motivated her to seek change in the remaining areas of her life. “I made a huge decision in my personal life and it’s kind of time for me to now take it full circle and actually practice what I preach,” she said.

As a professional dancer, Burke won Dancing with the Stars twice, in the second season with Drew Lachey, and the following with Emmitt Smith. She participated in 26 seasons total, taking some breaks along the way.