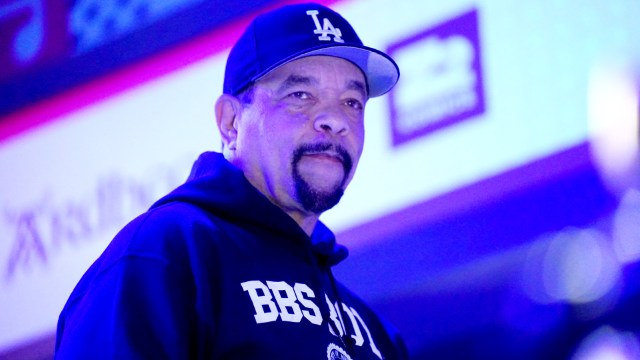 American politics are about to get a whole heck of a lot bleaker now that disgraced former president Donald Trump has thrown his red MAGA hat back into the ring in a bid for the 2024 presidential election. And so is the discourse on Twitter — for however long it lasts, anyway — particularly if Elon Musk makes good on his promise to un-ban Trump’s account and those of his various sycophants.

However, notoriously good Twitter user Ice T has come up with an easy solution to using the platform in these increasingly dark times, which is simply to just block any and all mentions of Trump and his supporters.

“Now that [clown emoji] is running for president it’ll be easy to detect all the dumbf*cks in my Twitter followers,” the 64-year-old rapper tweeted on Wednesday morning, referring to Trump. “30 blocked already this morning! And counting…”

To prove that he wasn’t messing around, Ice T followed up with a screengrab of his blocked and muted accounts, which numbered 3166 and 846, respectively. “I might make it to over 5k! Let’s go … lol,” he tweeted.

He likewise obliged one user with the Twitter handle “Logical Leprechaun” followed by an American flag who invited T to block him with a succinct “Done” and green checkmark.

Trump made his big announcement on Tuesday evening during a press conference at Mar-a-Lago standing before several American flags draped behind him.

“Nancy Pelosi has been fired. She’s gone,” Trump dubiously claimed in his speech. “This was not the end, this was the beginning in our fight to rescue the American dream. There’s two words Joe Biden, ‘American dream.’ In order to make America great and glorious again, I am tonight announcing my candidicy for President of the United States.”

But whether or not Trump can clinch the nomination, much less presidency, remains to be seen, as several of his endorsed candidates — including Dr. Oz, Kari Lake, and Herschel Walker, the latter of whom narrowly lost his bid to incumbent Raphael Warnock and is heading to a runoff election in Georgia next month — all failed to perform in the recent midterm elections.

Perhaps, in a best case scenario, if Trump fails to win the GOP nomination he’ll decide to run as an independent and all but ensure another win for the democrats in 2024. Stranger things have certainly happened.