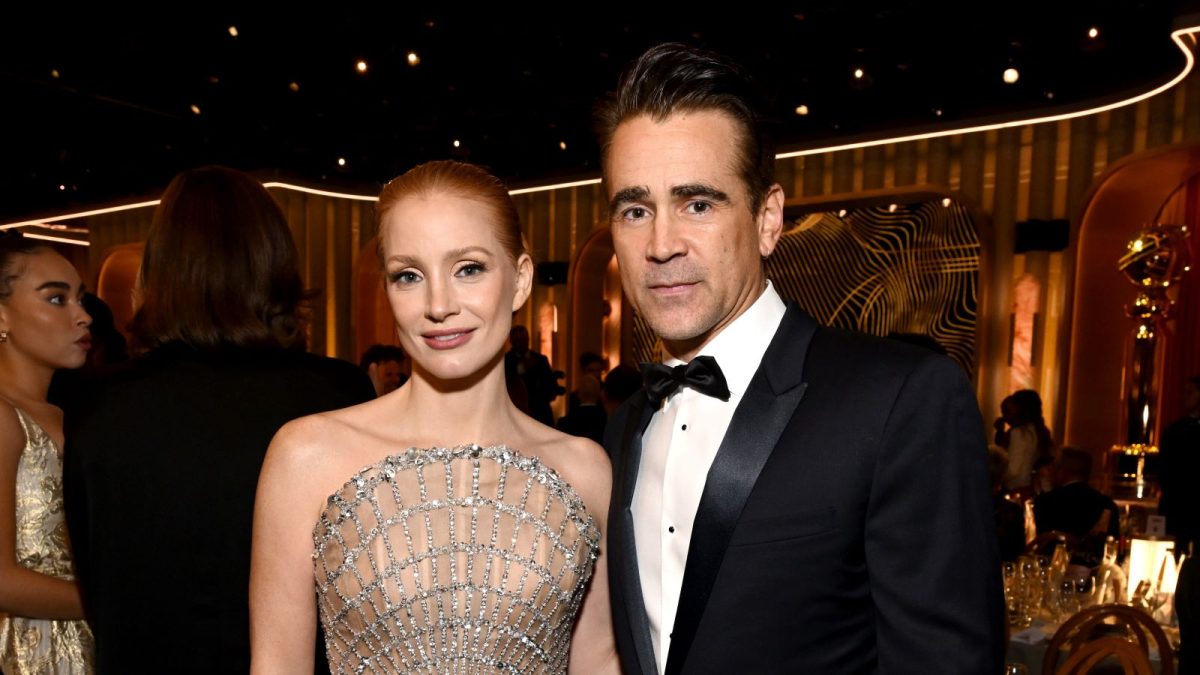 There were more than just awards being handed out at the Golden Globes. The ceremony appears to have become a super-spreader event, with Jamie Lee Curtis, Colin Farrell, Brendan Gleeson, and Michelle Pfeiffer all having tested positive for COVID over the course of the last week.

This has led to a lot of frazzled nerves across Hollywood, and any star waking up with a sore throat is likely to be fearing the worst. Fortunately, Jessica Chastain appears to have escaped unscathed, despite having been pictured with her arm around Farrell. Her relief is palpable, and perhaps a lesson that masks are effective (though to be fair, she wasn’t wearing it while in the ceremony):

The Golden Globes becoming a vector to spread COVID across Hollywood isn’t the glittering start to the awards season the industry had hoped for. Last night’s Critic’s Choice Awards required mandatory testing before attending and, having tested positive, Farrell and Gleeson weren’t able to attend for their Best Actor and Best Supporting Actor nominations (even if neither ended up winning).

All eyes are now on those who were interacting with the celebrities who’ve since tested positive, with the likes of Ana de Armas, Brad Pitt, Ke Huy Quan, and Julia Garner all in close proximity. Here’s hoping all those infected are once again testing negative soon, though this is likely to spoil the party at subsequent award shows as A-listers balance a fancy gift bag against leaving with an unwelcome virus in their systems.