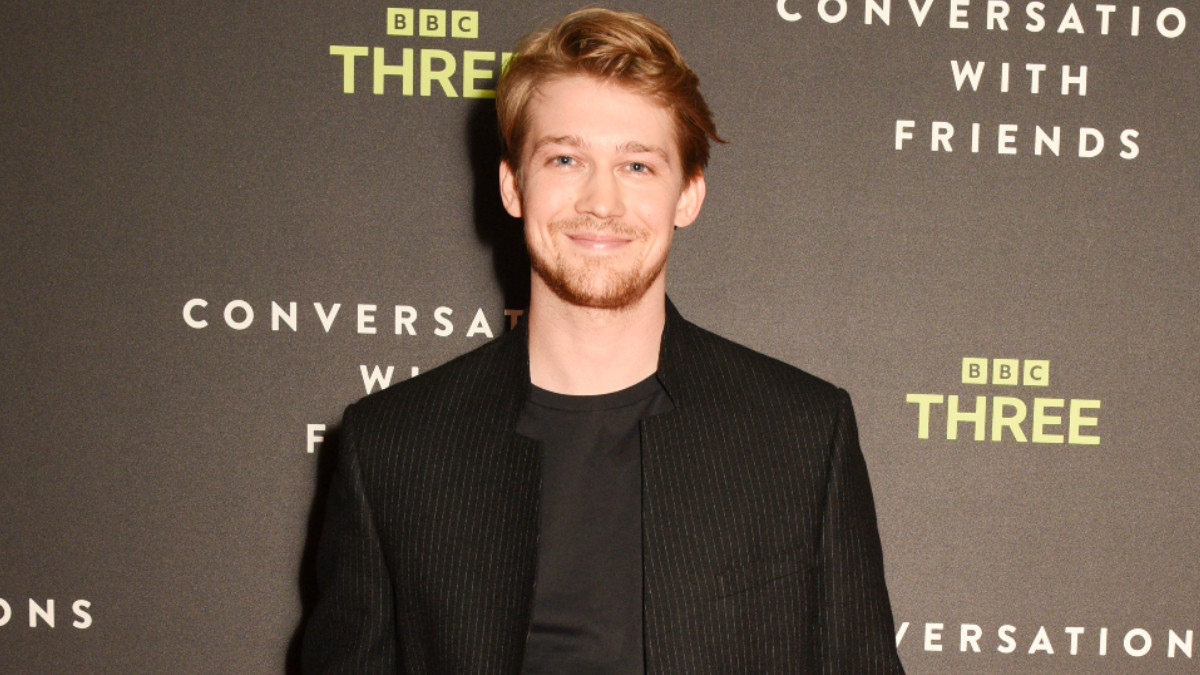 English actor Joe Alwyn has been quietly dating pop sensation Taylor Swift since 2016, but you would hardly know it. Unlike Swift’s string of high-profile relationships that came before this one — lest we ever forget Tom Hiddleston wearing that “I Heart TS” shirt — Alwyn and Swift have kept their romance largely under wraps.

Not only do the couple rarely appear together in public, but they likewise keep the details of their relationship close to their chests.

So in a new Vulture profile ahead of his upcoming Hulu series Conversations With Friends, Alwyn unsurprisingly managed to keep mum on the status of his relationship with Swift. Although he did comment on helping Swift out writing a couple of tracks on her 2020 Grammy-winning album Folklore (a pandemic lockdown activity he likens to being “as basic as some people made sourdough”), that’s about as far as he would let the conversation go.

When asked point-blank whether he and Swift are engaged, Alwyn gave a spectacular non-answer worthy of a seasoned industry pro — an impressive feat given that his first-ever film credit was 2016’s Billy Lynn’s Long Halftime Walk.

“You have things you have to ask,” says Alwyn, folding his hands together. “And I’ll either choose to answer or not.” I look him gamely in the face and ask if he is, indeed, betrothed to marry one Taylor Alison Swift. He exhales. “The truth is,” he begins, “if I had a pound coin for every time someone told me I’ve been engaged or I’m getting engaged, I would have a lot of pound coins. If the answer was yes, I wouldn’t say. If the answer is no, I wouldn’t say.” I’m struck briefly speechless. It is perhaps the best non-answer I have ever received. I ask him how often he’s practiced it, and he explains that recently, back home in the U.K., a journalist had tried to sneakily phrase the engagement as a statement rather than a question. “You’re not the first person to ask,” he says. His tone conveys that he understands I will also not be the last.

Well, you can’t blame an interviewer for trying! But given that this is by far Swift’s longest romance to date, maybe the pair are doing something right. If and when they want us to know something, we have a feeling they’ll let us know. Otherwise, we eagerly look forward to Swift’s next breakup album.