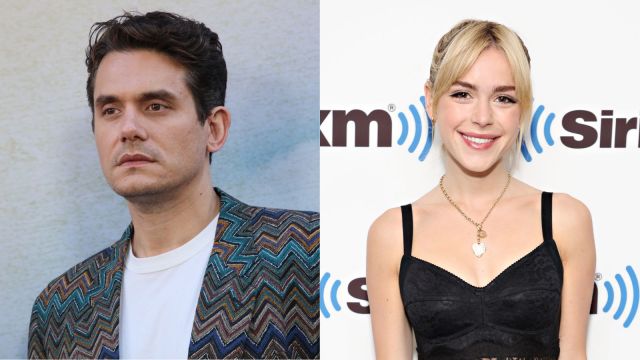 John Mayer’s long history of bizarre relationships seems like it could be continuing, with him seen having dinner with Kiernan Shipka.

The star of Mad Men and Sabrina was seen in a romantic dinner setting in Los Angeles with musician Mayer, fuelling speculation of a relationship between the 22-year-old and the 45-year-old. Given Mayer’s past has been riddled with bizarre relationships and giving truly strange anecdotes over previous personal affairs, it’s got many very concerned.

The duo reportedly dined together for over four hours, adding Shipka to the long list of his previous absurd relationships with Katy Perry, Jennifer Love Hewitt, Jennifer Aniston, and Taylor Swift. If there’s a blonde woman in showbusiness who hasn’t been drafted to date Mayer yet, we’d love to see them.

Mayer’s previous shenanigans led him to be subject of a song by Taylor Swift, and her loyal army of Swifties are rushing to defend Shipka from a fate they deem far worse than death: being seen with Mayer.

Age differences in showbiz relationships seem to really touch people a very wrong way, with arguments being made with each relationship like this of predatory behavior. Given Shipka is 22 years old, she is more than capable of making her own life decisions: even if they end up being very, very bad ones.

This is the same man who once said “My dick is sort of like a white supremacist. I’ve got a Benetton heart and a fuckin’ David Duke cock. I’m going to start dating separately from my dick” in regards to dating Black women. Very normal stuff, Mayer.