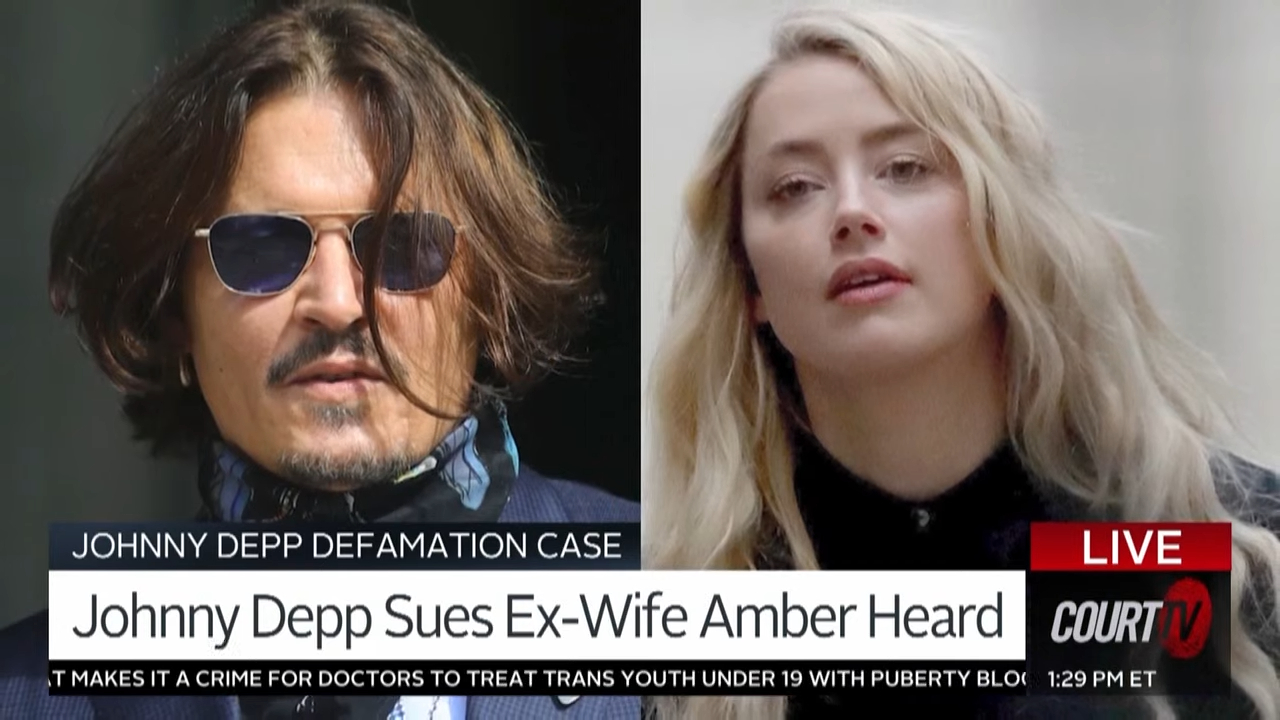 In the ongoing trial of dueling defamation lawsuits between Hollywood stars and ex-spouses Johnny Depp and Amber Heard, their former marriage counselor has now testified the couple engaged in “mutual abuse.”

Pirates of the Caribbean star Depp is suing Aquaman star Heard for $50 million for defamation. The lawsuit centers around an op-ed Heard penned in the Washington Post, describing herself as a “public figure representing domestic abuse.” The piece didn’t name Depp specifically, but his lawyers claim the article implied he was the abuser in the piece. Depp denies claims of perpetrating domestic abuse, an accusation he said damaged his career. Heard is counter-suing Depp, also for defamation, for $100 million.

In a video deposition presented in the Fairfax, Virginia, courtroom, the couple’s therapist, Laurel Anderson, testified she worked with Heard and Depp in 2015, saying they both suffered childhood abuse.

Anderson said Heard’s father beat her. A previous testimony from Depp’s sister, Christi Dembrowski, stated their mother was physically abusive to both her and Depp.

Anderson said the couple engaged in “mutual abuse” with each other, and that she saw bruises on Heard’s face at one point, Associated Press reports.

It was Anderson’s assessment that Depp “had been well controlled” for decades, prior to being with Heard. But then when he was with Heard, “he was triggered and they engaged in what I saw as mutual abuse,” including Depp being violent toward Heard.

Anderson said of Heard, “It was a point of pride to her if she felt disrespected to initiate a fight.” She added that Heard would also rather be in a fight with her husband than to see Depp leave, and “would strike him to keep him there.”

Anderson said Depp told her that his wife “gave as good as she got.” Anderson said Heard showed her bruises, both in person — on her face — and in photos.

Heard’s former personal assistant, Kate James, also testified Thursday that Heard had been verbally abusive to her, as well as to Heard’s sister and mother, but that she never witnessed any evidence of Depp having abused Heard.

Depp’s lawyers maintain in their lawsuit that Heard “is not a victim of domestic abuse; she is a perpetrator,” according to Law & Crime. Depp’s attorneys also cited Heard’s prior arrest in 2009 for allegedly striking then-girlfriend Tasya Van Ree at the Seattle-Tacoma International Airport, as USA Today reports.

The case so far has involved a series of he-said, she-said accusations, such as Depp’s attorney’s arguing that Heard threw a bottle at Depp that ended up slicing off his finger; while Heard’s attorneys maintain Depp cut off his own finger due to his self-damaging lifestyle with drugs and alcohol.

Depp previously lost a libel lawsuit against British newspaper The Sun for describing him as a “wife beater” in an article. The London judge determined the article was not libelous, citing evidence of Depp’s abuse that was presented by Heard.

Both parties are expected to testify at some point during the trial, which is likely to last more than a month. In addition, famous names are slated for testimony on the witness list, such as tech-mogul Elon Musk, and Hollywood actors James Franco and Paul Bettany.