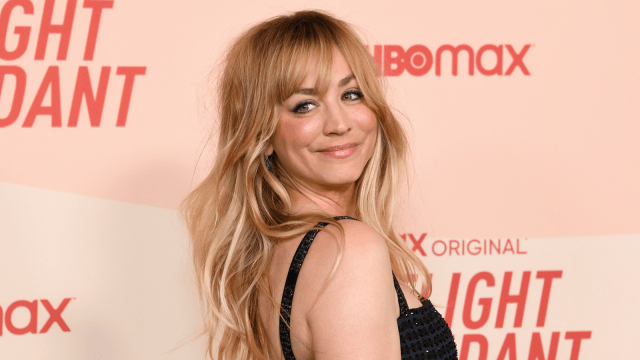 While Kaley Cuoco was putting on the performance of a lifetime in season two of The Flight Attendant, she was silently struggling through one of the most challenging chapters of her life.

In a recent chat with Variety, the actress shared more about her personal struggles and the way she had a “self” intervention during the filming of season two of The Flight Attendant. Going through a divorce was an unexpected piece of her story, and Cuoco soon realized that she was struggling with depression.

“I’ve been very open about it because I think for the first time, I wanted people to know that things just aren’t always what they seem. And things aren’t always so perfect. One month in, I had an intervention on myself in my trailer — all my producers were in there. And I said, ‘I need help.’ It was interesting to say that out loud. And to have everyone be like, ‘Yes, we want to help!’ I’m a working woman and so independent, and I really take pride in being able to do everything. Well, this time, I literally couldn’t.”

She worked through her struggles with the help of everyone around her, and being surprised by their support didn’t stop her from accepting it. Cuoco shared a scene in episode five, which she submitted for the Emmys, and she explained how cathartic a scene in the episode was for her character and herself.

“‘Can you just, like, put cameras around the beach and just start rolling?’ And for two hours, I just cried. Like, I screamed, I cried, I sat there, I was quiet. I lay down; I stood up. I mean, it was amazing. Who gets to have that opportunity? And I needed that for Kaley, and I needed that for Cassie, and it worked all in one.”

Celebrities opening up about mental health can make it easier for their fans to understand that they’re not alone in their own struggles. Cuoco is someone easy for her fans to admire in her ups and downs. You can watch The Flight Attendant on HBO Max and see of Cuoco takes home the Emmy for Outstanding Leading Actress in a Comedy on Sept. 12.