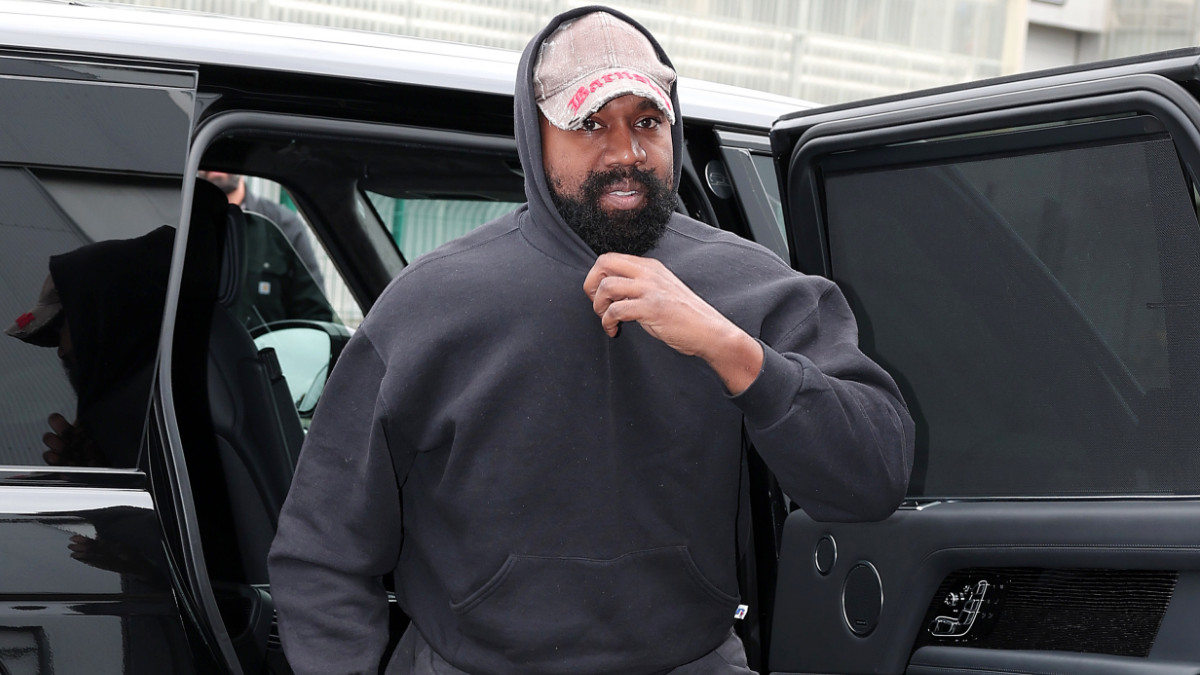 Kanye West unveiled his new Season 9 YZY (formerly known as Yeezy) collection with a surprise show at Paris Fashion Week on Monday. Naturally, the 45-year-old rapper, who has also since legally changed his name to Ye, couldn’t do so without once again courting controversy. This time, that controversy came courtesy of a hoodie emblazoned with a racially charged message often employed by supporters of the Republican party.

As most of us are likely aware by now, “White Lives Matter” became a racist dog whistle that erupted during the height of the Black Lives Matter movement in 2020 (though it was around before that, in a lesser capacity), which could also be interchanged with “Blue Lives Matter,” referencing law enforcement.

According to Page Six, Ye gave a speech (after apparently showing up over an hour late) while wearing the offending hoodie and bedazzled flip-flops, in which he referenced “his ex-wife Kim Kardashian’s 2016 Paris robbery, his former manager Scooter Braun, the struggles he faced entering the fashion industry, his recent fallout with Gap, and much more.”

“I am Ye, and everyone here knows that I am the leader,” he said at one point, referencing his new legal name. “You can’t manage me.”

While Ye may be fully unmanageable, by his own admission, he has no say in what his fans and detractors think — and oh boy, were there ever thoughts. Some were quick to point out the fact that Ye was a supporter of former President Donald Trump, and as such, nobody should really be surprised by his antics at this point.

Many evoked Ye’s past remarks accusing his ex-wife Kardashian and her family of exploiting or corrupting his children, as well as the Black community as a whole.

And still, plenty of others, including The Atlantic’s Jemele Hill, reasoned why Ye shouldn’t get a pass for his blatant race-baiting.

“So many folks are trying to excuse Kanye wearing a white lives matter T-shirt as just a troll move or marketing,” tweeted Hill. “Maybe it is. But it’s a dangerously dumb message to send for someone with his massive platform. I been off dude. But y’all go ahead labeling his foolishness as genius.”

As if his motivations were not crystal by this point, Ye also invited right-wing commentator Candace Owens to participate in the show with him.

In an interview with Vogue that ran shortly before his show, Ye compared himself to George Lucas as opposed to a fashion designer.

“I work with true, true, true fashion designers. Like Shayne, like Demna, like Riccardo Tisci… My main job is to be a producer, in a Quincy Jones sense. Who takes a symphony of ideas and then plays a song.”

Asked to share the concept of the collection we will see later, he says, “There’s just people. From the same planet. And sometimes, in high school, it feels like we don’t fit in. And in a situation like this, we have the opportunity to come together to express who we are.” It aligns with his career as an artist: Ye’s first three studio albums were The College Dropout, Late Registration, and Graduation.

Still, it’s hard to draw a line between not fitting in as a teenager and high school and wearing basically the equivalent of a modern day Klan robe, but who are we to say?