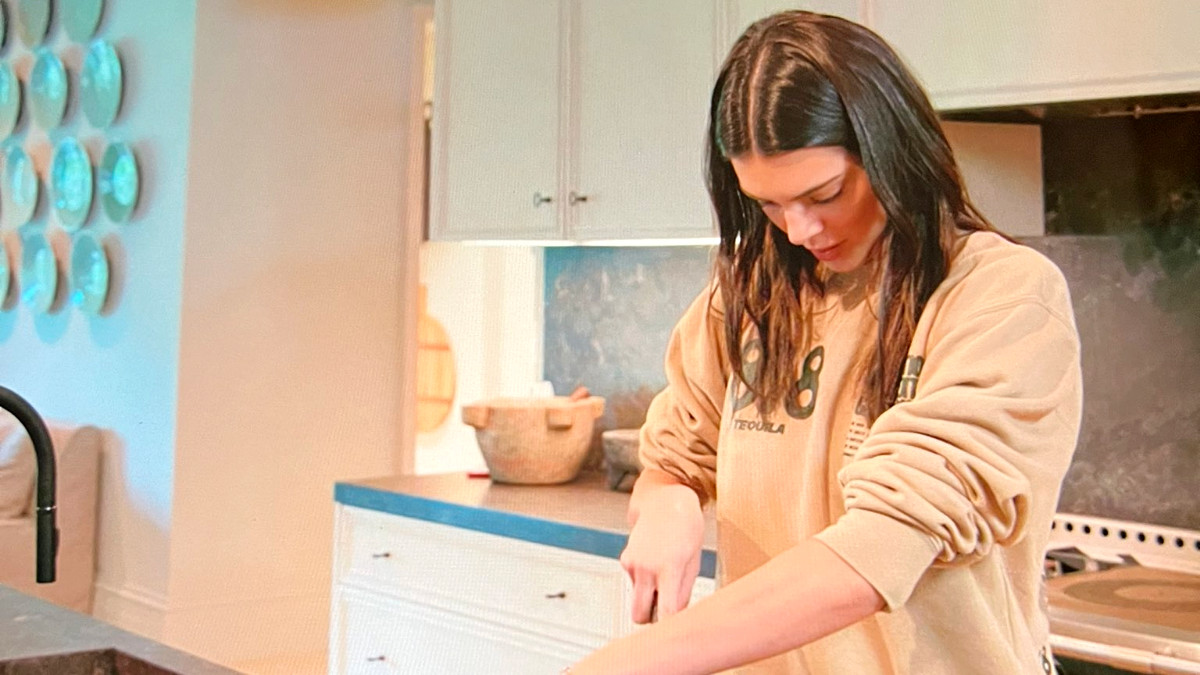 Hulu’s new docuseries The Kardashians has served up no shortage of drama over the course of its first four episodes, between strained relationships and proposals and sex tapes. However, the show’s fifth episode that dropped Thursday, “Who is Kim K?” may have featured the most shocking moment yet — and it’s all thanks to Kendall Jenner attempting to chop a cucumber.

In the scene in question, Kendall has stopped over at her mother’s new home, where she decides to fix herself a little snack. Kris admits that she doesn’t know where everything is yet, and offers to have her chef lend a hand.

“I’m making it myself,” Kendall declares to her mother. “I’m just gonna chop up some cucumber, it’s pretty easy.”

Is it, though, Kendall? “You go, girl,” Kris cheers on her daughter before adding, “Be careful because I almost nicked myself the other day.

Kendall then proceeds to attempt to cut the cucumber by holding the far end of the vegetable with her left hand and chopping with her right hand from underneath her left wrist. It’s a cheffing technique that we’re going to delicately describe as “unconventional.”

“I’m definitely not a good cutter, so don’t zoom in on me,” Kendall concedes, perhaps just remembering that she was being filmed. “I’m not professional whatsoever.”

She said it, folks! As did everyone else watching The Kardashians, as fans began to flood TikTok and Twitter to express their bafflement over a human who has managed to survive on this earth for 26 years, not knowing how to cut a vegetable.

“Kendall Jenner trying to cut a fucking cucumber is the most tragic thing I’ve ever witnessed,” tweeted one viewer, along with an offending screencap.

“Kendall not knowing how to properly cut a cucumber is sending me,” wrote another fan.

Another called the moment one of the most painful things they’ve ever seen.

“Obsessed with Kendall Jenner trying to prove she’s not an out-of-touch spoiled rich girl by insisting on making her own snack and almost dislocating her shoulder trying to slice a cucumber,” quipped writer Brodie Lancaster.

“NO WHY IS KENDALL CUTTING THE CUCUMBER LIKE THIS,” incensed another user, adding in a follow-up tweet, “Guys I cannnnot.”

She and us both. Kendall Jenner, for those curious, has managed to accumulate an approximate $45 million net worth, all the while not understanding how to hold and use a cutting implement. What’s the rest of our excuses?