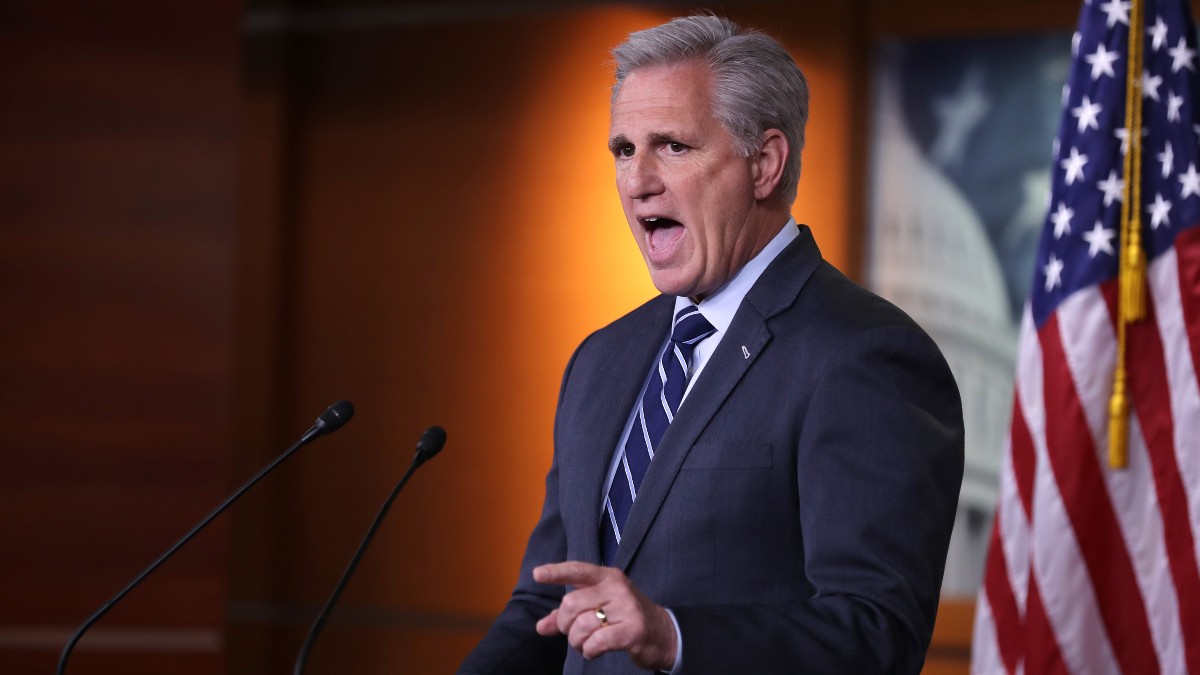 What a fiasco it was replacing Nancy Pelosi after the democrats lost control of the U.S. House of Representatives. Kevin McCarthy was thought to be a shoo-in, but the nation would soon find out that wasn’t true after naming a new Speaker required 15 votes and a whole lot of behind-the-scenes negotiations to make it happen. Not to mention the fact that a scuffle almost broke out on the House floor. Now, celebrities are chiming in on an opportunity too good to pass up.

Kevin McCarthy wanted the seat so bad that he was willing to concede to anything and now, the republicans own him during his tenure. There’s so much to the tumultuous story that it seems surreal at this point. Did America just watch that happen?

No need to pinch yourself because it did in fact take place. Evidence is in the celebrity reactions to it that confirm it wasn’t just a bad dream. Of course, ranked choice voting might be one way to avoid ever having to do 15 votes again as Mark Cuban suggests.

Before the 15th vote, Elon Musk made a good point. If only McCarthy would have believed in himself enough to know that it would eventually happen when all the other faux choices were ruled out. He didn’t have to give up everything that makes the seat worth having just to be able to sit in it.

Of course, all this wouldn’t be worth it without someone bringing in a sense of humor. Count on Julia Louis-Dreyfus for that who starred as the vice president in the HBO series Veep.

One would think that Meghan McCain, a television personality, author, and columnist whose father was John McCain, would be on the side of the GOP, but this mess can’t be avoided. In her DailyMail column, she writes, “In this episode of Republican Dysfunction, the House MAGA caucus smelled blood in the water and pounced — like a jealous Real Housewife sensing her chance for revenge. After publicly airing their grievances, members such as Congressman Matt Gaetz and Lauren Boebert, demanded concessions. Hamstrung, with his back against the wall, McCarthy conceded.”

Some high-profile celebrities called out politicians, but the American political system seems to go about business as usual after without ever changing.

Viewers don’t normally watch C-SPAN for entertainment value. It’s never exciting and it’s rarely entertaining — that is until this week. They put on a good show and it was totally unscripted.

When the legendary Bette Midler chimes in, it’s going to be good. She the ability to be both a comedian and a serious commentator. Which one is she going for this time? A little of both.

Kevin McCarthy may have done a good thing if you think about it. He just taught future generations of Speakers what not to do when campaigning for the seat.