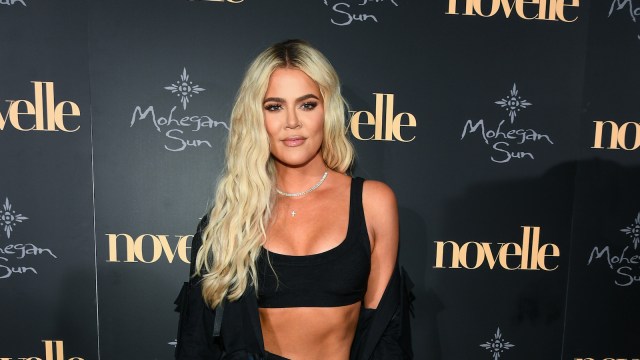 On Thursday’s episode of The Kardashians, Khloé Kardashian shared something unique, to say the least, that she claims is actually in her will.

The reveal happened after Khloé went to visit her mom, Kris Jenner, while she was recovering from hip surgery. While there, the conversation turned to creepy wishes and other things, like whether or not everyone in the family should be buried since Khloé herself discussed wanting to be cremated.

Khloé later explained that the family talks about their death and discusses their wills. She also said, “We tell each other what our wishes would be if something terrible would happen.”

After hearing this, Khloé gave an example but not the kind you would think. One might expect that example to be if something happens to her then she gets cremated and/or that certain family members receive certain belongings of hers. Nope. In fact, her request wasn’t even one where she dies, rather, it was about what to do if she’s ever in a coma.

Khloé explained her wish by saying, “If I’m in a coma, I’m still getting my nails done once a week and that’s in my will, because people are gonna visit me.”

So, the Kardashians strike again by forcing us to ask ourselves if these are such wishes we would want or if perhaps getting one’s nails done should not be the priority in such a situation. Is this care-taking or is it unnecessary? More importantly, whose gonna do her nails? That seems to be the bigger question, because if they’re done poorly then would she be upset if she ever is fortunate enough to wake up from that coma. Also, are people gonna walk into the room and see her in a coma and think, “Wow, she has beautiful nails,” or are they not going to care? Maybe if her nails were done then people would notice it and think it’s odd.

These are clearly the important questions of life, death, and comas that we must all ponder thanks to the Kardashians.