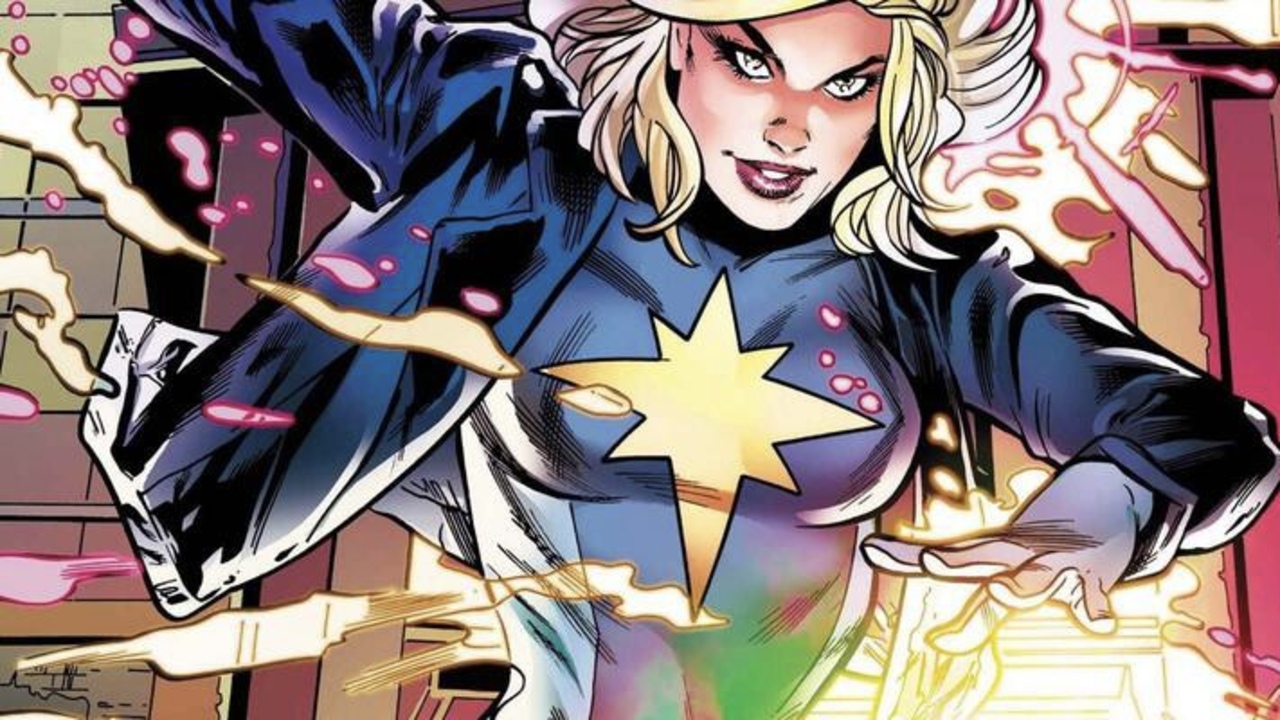 For years, fans of Lady Gaga have waited patiently for the superstar to make her foray into the MCU’s vast world of superheroes. The Grammy Award-winning singer and songwriter has had an acclaimed shift into acting, starring in notable projects that have garnered significant buzz.

From her Golden Globe-winning turn in American Horror Story: Hotel, to her Oscar-nominated performance in A Star is Born and her praised portrayal of Patrizia Reggiani in the biopic House of Gucci, Gaga has become a formidable force as an actress.

She’s making her comic book live adaptation debut as Harley Quinn in the highly anticipated musical sequel to the Oscar-winning Joker, titled Joker: Folie à Deux, and while that introduces her to the world of DC Comics, Marvel fans want their share of the Gaga pie.

Here are 10 superheroines that Lady Gaga would do justice in the MCU.

The first Marvel character that comes to mind for the megastar Lady Gaga to play is none other than singing sensation Dazzler. This hero lived the best of both worlds as a disco sensation by day and a member of the X-Men team whenever they needed her. She has the amazing power of being able to convert sonic vibrations into light beams, and she often uses music as her medium for this power. While the character made a brief cameo in 2019’s X-Men: Dark Phoenix, there is still much to explore with Dazzler and Gaga is the perfect actress to bring her to screen.

The White Queen is a fan-favorite casting for Lady Gaga, as many believe she will be the perfect fit for this powerful mutant and businesswoman. Emma Frost has a long and complicated history with the X-Men, starting out as a villain and eventually becoming the headmistress of Xavier’s school for mutants. A role like Emma would likely secure Gaga a long-term position in the MCU, something the Little Monsters would prefer over a minor cameo.

Abigail Brand is a bad-ass, no-nonsense leader who many fans speculate we will be seeing soon in the MCU. As the Commander of SWORD, she is ruthless and calculating, and we would love to see Gaga take on the role after her bewitching performance in American Horror Story. The dynamic between Brand and Nick Fury as the directors of SWORD and SHIELD, respectively, would be exciting to see with Gaga and Samuel L. Jackson in those roles, as the two incredibly talented actors will surely deliver entertaining performances.

The Invisible Woman is one of the strongest and most beloved characters in the history of Marvel Comics, and is the glue that holds the Fantastic Four together. In Gaga’s emotional A Star is Born performance, she proved to audiences that she can portray intense emotions that can hold even the strongest naysayers captive. Sue Storm is a character known for both her inner emotional strength, as well as her incredible physical strength, and Lady Gaga is the perfect actress to bring her into the MCU.

Casting Lady Gaga as a superhero with voice-related powers may seem a bit cliché, but that doesn’t mean she wouldn’t be amazing in these roles. Songbird, aka Melissa Gold, is another Marvel character that Lady Gaga could definitely do justice. For fans that would love to see Gaga playing a complex character, Songbird is a great choice, due to the fact that she was originally a villain and a member of the Masters of Evil before switching over to the side of justice as a member of the superhero team, the Thunderbolts.

If you are a fan of Marvel Comics, it’s impossible to see the cover of Gaga’s fifth studio album Joanne and not picture the songstress as Outlaw. Inez Temple is a mutant commonly associated with Deadpool and her abilities include: superhuman strength, as well as great aim with guns and other firearms. Outlaw is a morally grey mercenary with a sharp wit, and fans would love to see her trading banter with Ryan Reynold’s Deadpool, as the two characters often worked together and were even on-again, off-again lovers.

Enchantress is a show-stopping, seductive sorceress who was born on Asgard and has the power to control people’s minds, subjecting them to her every will. If fans wanted to see Gaga as a powerful and sultry villain, Enchantress would clearly be the perfect role for her to take on. Although the events of Thor: Love and Thunder mean that her main arcs of trying to steal Thor’s heart and separate him from Jane Foster are no longer adaptable into the MCU, there are still many ways that this character could be brought into the MCU and incorporated into future stories.

People who watched Marvel’s failed Inhumans television show would be familiar with Medusa, the Queen of Attilan and wife of Black Bolt. The fact that the show didn’t do too well doesn’t mean that there is no hope for the Inhumans in the MCU, and casting Lady Gaga as the powerful Queen would be a great first step. As a Queen, she has a regal grace that Gaga would portray perfectly, and has a strong sense of loyalty to her husband Black Bolt, an acting trait she’s already succeeded with in A Star is Born.

While we all love characters with amazing powers from different worlds, no one can deny the satisfaction of seeing a character that is fully human, but can still hold their own among their powered counterparts. Silver Sable is one of these characters. As a mercenary, she is incredibly skilled in different types of combat, weaponry, and more. Watching Lady Gaga bring this brilliant and formidable character to the MCU would be absolutely thrilling.

It isn’t difficult at all to picture Lady Gaga as the silver-skinned mutant Mercury. The MCU is known for picking up comic characters that are not as popular and shooting them onto global recognition with excellent movies and shows. Mercury is a mutant from the X-Men comics with the ability to turn herself into a puddle of mercury and manipulate her body at will to create weapons. She would be a great addition to the MCU’s potential X-Men line-up, and who better to play her than a scene-stealing actress like Gaga?