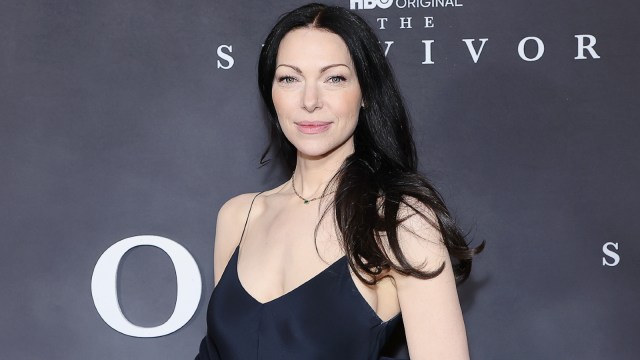 In the days since the landmark Roe v. Wade abortion ruling was overturned by a Trump-stacked Supreme Court last week, we’ve already heard so many heartbreaking stories from women who have stepped forward to reveal the reasons they chose to terminate a pregnancy. Orange is the New Black actress Laura Prepon joined those voices on Monday, by sharing “one of the worst days of her life” when she found out her fetus would not survive to full term.

Prepon has been married to actor Ben Foster since 2018, and the couple share two children together; a son and a daughter.

“One of the worst days of my life was when I made the choice to terminate a pregnancy in the second trimester,” Prepon wrote on Instagram. “The devastating truth is that we found out the fetus would not survive to full term, and that my life was at risk as well. At the time — I had the choice.”

“Everyone has their own story for seeking out this medical procedure and I empathize with anyone who’s been faced with this impossible decision,” the 42-year-old added. “I am praying for all of us, that we can get through this challenging time and regain agency over our own bodies.”

Under the new ruling, some states will now require mothers even with unviable fetuses or those with life-risking complications to carry the child to term regardless. When the Supreme Court overturned Roe v. Wade on Friday, 13 states had trigger bans in effect to immediately or near immediately ban abortions from taking place. And even in states that do have caveats to protect the life of the mother, in many cases, they’re so vague and unclear that abortion providers may be unlikely to invoke them out of fear they could be charged with a crime.

In addition to unviable and life-threatening pregnancies — and just, you know, pregnant people who are making the best decision for themselves — the ruling will result in rape and incest victims being forced to carry their abuser’s child in many states.

Undoubtedly, if the ruling stands without reproductive rights being codified into law, which currently seems unlikely, we’ll be hearing more stories like this in the coming months and years — with unfortunately less positive outcomes.