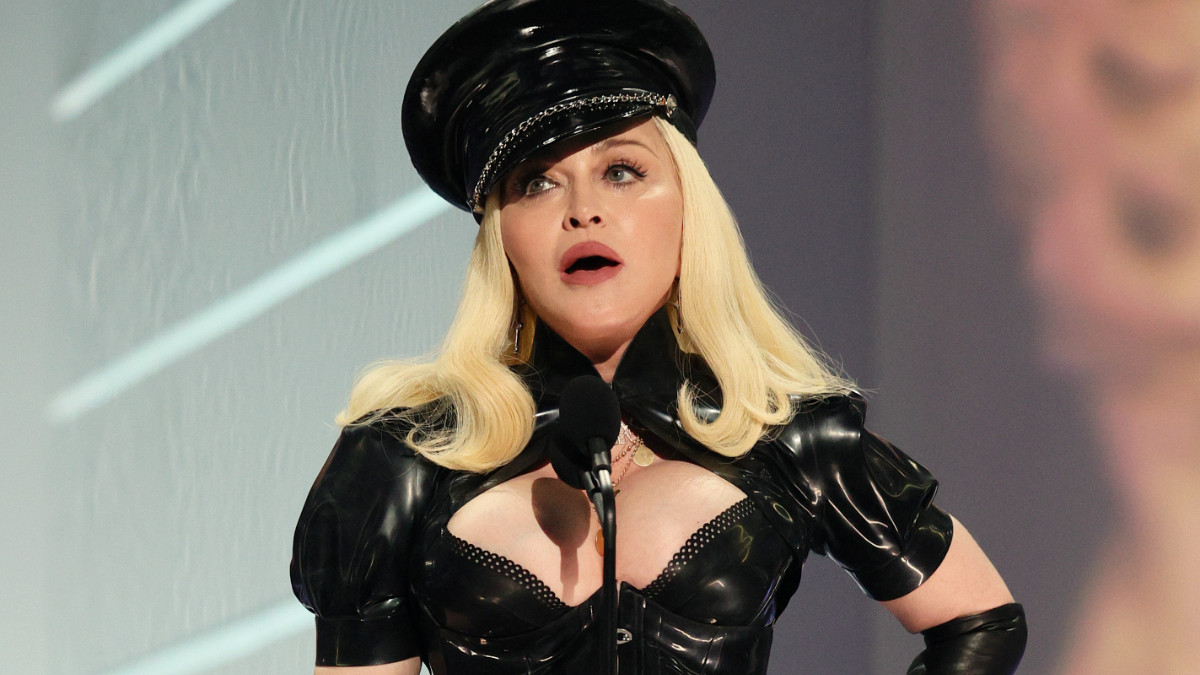 Madonna has built a career on pushing the envelope over the course of her four-plus decades in the music industry, which has resulted in controversy more than a few times over the years. But in what may have been a first, this week, the 63-year-old Queen of Pop learned that she was banned from posting live videos on Instagram — likely due to one of her prior indiscretions.

The “Like a Virgin” singer was about to record a live conversation with the Canadian DJ Sickick, who she recently collaborated with on a remix of her hit 1998 single “Frozen” called “Frozen On Fire.” The moment was caught on video by a member of Madonna’s team, which she later posted to Instagram.

“We’re blocked from live video?” Madonna asks in the clip. “What’s happening? I’ve never worn so many clothes in my life.”

“I’m speechless,” she added when the community guidelines were read to her.

In a series of follow-up videos posted to her Instagram Stories, Madonna explained the situation to Sickick during a FaceTime chat.

“I don’t know, it’s weird, we just tried to go live, and Instagram blocked me, and they’re being really mysterious about why,” she said. “I don’t know why. They’re not giving me a reason. It’s like a bureaucracy inside of a computer.”

“It’s really weird. I haven’t done anything lately, I haven’t crazy — not this week, anyway,” Madonna continued. “I mean, it may have been a delayed reaction to my NFTs from last week, but I’m not really sure,” she added, referring to her NSFW (or NSFL) tree-birthing NFT partnership.

“But I just wanted to take this opportunity to — anybody who’s been waiting for us on live Instagram, we’re not holding things up, and we’re sorry to let everybody down. I was really looking forward to this,” she explained to fans. “I’m gonna go back in time, I’m gonna remove — I’m gonna pledge allegiance to the censorship people, OK?”

But this is not the first time Instagram has brought down the hammer of censorship on Madonna. Last November, the platform removed a series of photos from her account due to her nipple being exposed. She later posted tastefully censored versions — blasting Instagram in the process.

“I’m reposting photographs Instagram took down without warning or notification,” Madonna captioned the new set of photos. “The reason they gave my management that does not handle my account was that a small portion of my nipple was exposed. It is still astounding to me that we live in a culture that allows every inch of a woman’s body to be shown except a nipple.”

“Giving thanks that I have managed to maintain my sanity through four decades of censorship … sexism … ageism, and misogyny,” she continued. “Perfectly timed with the lies we have been raised to believe about the pilgrims peacefully breaking bread with the Native American Indians when they landed on Plymouth Rock! God bless America.”

It’s unclear if that incident, in particular, is what got her thrown in Instagram jail, her NFTs, as she mentioned, something else entirely, or all of the above.