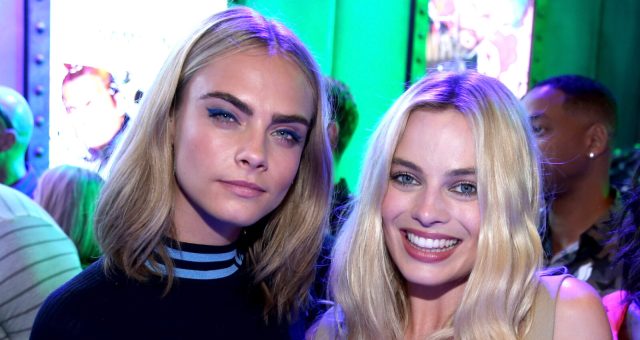 Suicide Squad cast mates and best friends Margot Robbie and Cara Delevigne were involved in a violent incident with the paparazzi in Buenos Aires, Argentina over the weekend.

According to TMZ, on early Sunday morning, after a night out, an Argentinian paparazzo harassed the two actresses as they were getting into an Uber from a restaurant in the La Boca neighborhood. Startled by the photographer, the Uber driver is said to have started driving with Delevigne inside the car, but Robbie only halfway in.

The Barbie actress was forced to jump out of the vehicle to prevent serious harm. Seeing her on the ground, while the photographer was still taking pictures, two friends of Robbie and Delevigne intervened and, allegedly, fought off the man. TMZ’s sources claim the man ran off and fell on his own.

The photographer sustained serious injuries, with pictures showing his arm in a cast, and neck in a brace. The two friends of the actresses, who, according to TMZ, are a film producer and a key grip, have been detained in Buenos Aires, and have reportedly already appeared in court. Their charges are unknown yet.

Argentine newspaper Infobae “reports the authorities are interested in prosecuting, pending an investigation.”

This incident comes after paparazzi photos of Robbie made the rounds online, as she exited Delevigne’s house in tears. Delevigne’s health has been drawing attention as of late, but the actress and model was last seen in good shape in Paris for Fashion Week.

No official statements have been made by any of the parties involved at this time.