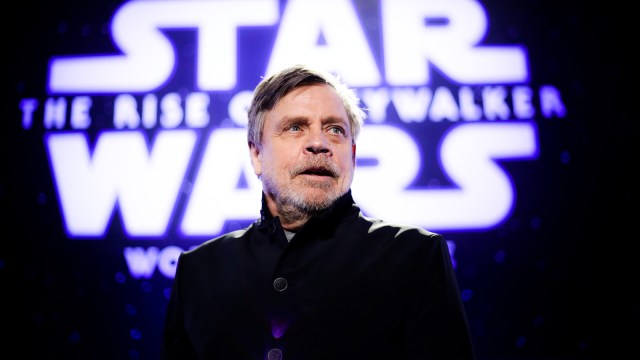 Twitter can be a fickle mistress, especially if you’re a celebrity. One day you can have hundreds of thousands of followers and the next they can all be gone. One of the more vocal and visible celebrities on Twitter is Mark Hamill, and even he isn’t immune from losing chunks of followers.

Twitter is of course going through its own growing pains with the recent purchase from the world’s richest man: Elon Musk. Musk has promised to shake things up at the site, and Hamill is trying to figure out if that’s why he’s down 6,000 followers.

He wanted to know if his recent follower exodus is because of “the new twit owner” or because he hasn’t been posting enough cute animal vids. To remedy this, he posted an adorable picture of a baby pig getting a brush down.

It seemed to work, as the tweet has almost 100k likes. Hamill recently announced he was endorsing Sam Lawrence for the Ohio House of Representatives. Politics are always a dicey, divisive subject on Twitter so that’s possibly why some of his followers bailed.

Hamill has been active in other ways as well. He recently revealed that he sent somewhere in the neighborhood of 500 drones to the Ukraine through the country’s fundraising program, according to The Hill.

He appeared on “Sound On,” a Bloomberg radio show, and said the country “desperately” needed the drone.

“Very simply: Ukraine needs drones. They define war outcomes, they protect their land, their people, they monitor the border, they’re eyes in the sky,” he said. “I was really shocked because they give me these updates at least two or three times a week about what’s going on and they said they’ve received over 500 drones since I started this.”