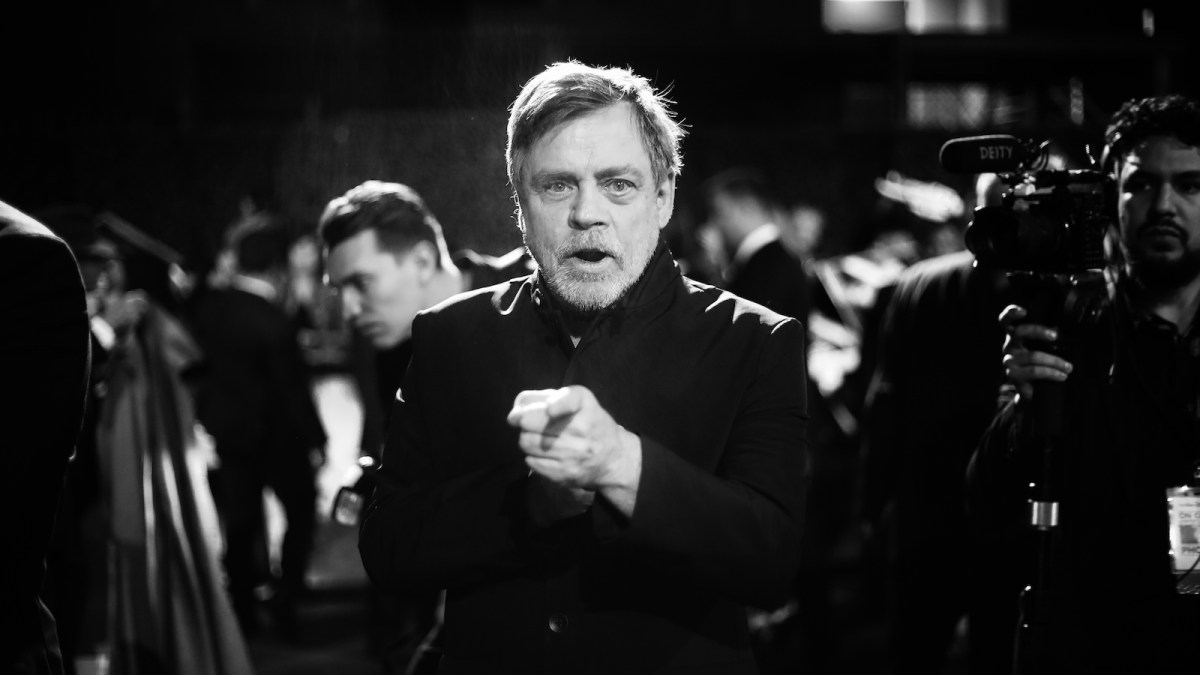 It’s pretty clear now that Mark Hamill needs to appease his fans and make his official MCU debut soon. It’s been only a few days since the release of The Guardians of the Galaxy Holiday Special was released, but MCU and Star Wars fanatics aren’t letting up on that alleged Hamill cameo.

If you’re not already aware, that wasn’t the legendary actor in a hidden role, but actor and surprisingly accurate doppelgänger, Troy Beecham. While many on social media have been hit with the news, it leaves much room for the potential characters the lovable actor could play in the ever-growing universe.

Hamill rose to worldwide fame with his film debut as the iconic Luke Skywalker in the long-running mega franchise Star Wars, a role he started with in 1977 and has constantly reprised, with his latest appearance being in 2019’s Star Wars: The Rise of Skywalker. While many are incapable of seeing him outside of this role, Hamill has a long filmography featuring a wide range of characters, and an enviable voice acting repertoire. However, the fans think it’s time for his entry into the MCU and honestly, they can’t be blamed.

From the awesome fan casts, to the roles we’re sure he would knock out of the park, here are seven characters the incredibly talented Mark Hamil could bring to life if he makes his official MCU debut.

Let’s face it. Hamill would make a pretty darn solid Uncle Ben, and who wouldn’t want to hear him utter the iconic line, “With great power comes great responsibility?” There have been numerous iterations of the character over the years, and while the world is pretty uncertain about any forthcoming Spider-Man films, this role would be perfect if Hamill prefers a lighter workload, as Uncle Ben was never one to have much screen time. Uncle Ben has always been shown to be a kind, loving, and wise father-figure to Spider-Man, and with the introduction of the multiverse, there isn’t much stopping him from making an appearance in the future.

Besides bearing a resemblance to the comic book character, Hamill could easily play the alternate, older version of the iconic character Wolverine. Logan lives quietly and peacefully in the future with his family 50 years after the fall of heroes. With nobody hearing from the mutant Wolverine, he is believed to be dead, but when his friend Hawkeye needs a huge favor, he must step up to the plate. The Old Man Logan comics have proved incredibly popular with comic book fans, and are widely considered to be one of the best in the Wolverine series.

The older, alternate version of Clint Barton, or Hawkeye, also appeared in the above-mentioned comic book series, Old Man Logan. While he retains his sharp mouth and quick wits, this version of the superhero is blind, and requires the help of Logan to protect his family. Hamill has brought complex characters to life quite often, and would easily excel at portraying Old Man Hawkeye.

This role is primarily rooted in fan casting, as many have noted the striking resemblance between Hamill and Sebastian Stan, who has starred as the character since 2011’s Captain America: The First Avenger. There’s not much of a storyline here, but if Hamill is in search of a smaller role, he could play an alternate and older version of the character from another universe.

Living on Earth 14412, this alternate and older version of Thor looks just like King Odin from 616, with one eye and a full, long beard. Thor inherits the power of the All-Father and has renamed it the “Thor-Force,” and intends to use it against his brother and rival, Loki. King Thor is also linked to Secret Wars, and since the story is being introduced into the MCU as part of Phase Six, perhaps Hamill could take on the role in a smaller capacity, while laying the foundation for a larger story in the future.

Hamill is widely recognized as one of the best iterations of DC’s iconic villain Joker, having voiced the character in several animated video games, series, and films since 1992. For a chance to let his witty wings fly in the MCU, Hamill could make a very enjoyable Arcade in a live-action adaptation of the X-Men stories. Arcade is funny, bright, eccentric, and incredibly brilliant, making him one of the most unpredictable and frustrating foes the X-Men have gone against. He may not have superpowers of his own, but his vast knowledge of technology has proven quite detrimental for many heroes in Marvel Comics.

It hurts to say — because of how loved he is — but Hamill would kill it as the supervillain Maestro, an alternate version of The Hulk. While it may be difficult to visualize Hamill as a villain, you could take solace in the green hue that might mask his face for much of his appearance on screen. An older version of Bruce Banner, Maestro is a very complicated character, and his fight against Spider-Man in the year 2099 is a major fan-favorite.

As far as MCU villains go, Hamill does seem interested in playing the bad guy in a live-action adaptation. Several years ago, in a conversation with Rotten Tomatoes at the D23 Expo, he famously revealed that he had his sights set on portraying the antagonist Vulture in 2017’s Spider-Man: Homecoming, but the role ultimately went to Michael Keaton.

“I don’t want to jeopardize any potential roles I might have in a future Marvel film. I had my fingers crossed that Michael Keaton would turn down the Vulture but darn it. There’s not a lot of villainous roles for senior citizens so I had my eyes on the Vulture.”

Hopefully, fans get to live out their dreams by witnessing Hamill portraying one of these, or any other character in the MCU. The veteran actor has been at the forefront of the Star Wars franchise for several decades, and has gained widespread acclaim as Luke Skywalker. It’s time for him to give the Marvel fans what they want!