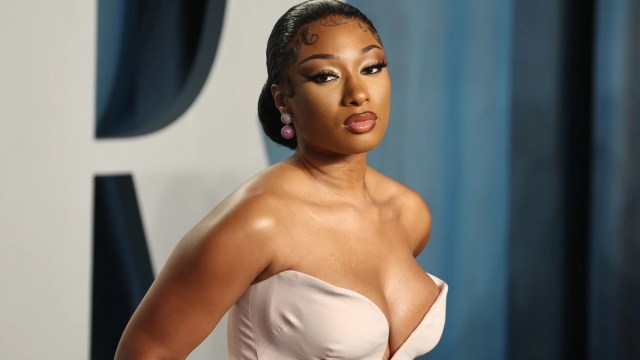 It doesn’t need to be said that Megan Thee Stallion is as hardcore as it gets. She can deal it as well as she can take it. As far as her life is going right now, though, she needs a break and has every reason to take one.

Megan was set to pull double duty on Saturday Night Live, so she was in New York on Thursday, the 13th of October, when during rehearsal her house was robbed and thieves got away with what police estimate to be worth $300-$400,000 in jewelry, electronics, and cash. Megan heard about it the night before she was scheduled to host and perform on SNL, so she had no control over the situation that was taking place in L.A. where she lives.

When she found out…

Megan had a great disposition about the robbery. As thieves broke through a glass door and stole personal items from her, Megan went on to kill it on SNL to the adoration of her millions of fans who chimed in to let her know how great she was. Despite all that, the only thing Megan cared about was that everyone was safe.

Just back in April, an incident occurred that opened her eyes to so many things about life and how much it means to her. All she was trying to do was leave a party early when she was injured in a shooting involving rapper Tory Lanez. While she was ducking and hiding for cover, she had a lot of time to think about things. Now, it was like déjà vu. It was happening all over again. The only difference was, she wasn’t there to see it.

She needs a break…

Anyone who has been through half of what she has can relate. Going through a lot of trauma can take a toll on a person’s life. Being a performer who is a constant target can drive a person physically and emotionally to a breaking point.

This is something that has started to happen more lately and it’s about time. Society expects celebrities like athletes and performers to keep going. The thing is that they are human too and Megan Thee Stallion is letting everyone know, she needs to take a moment for herself. That’s not too much to ask of all her fans who love her so much.