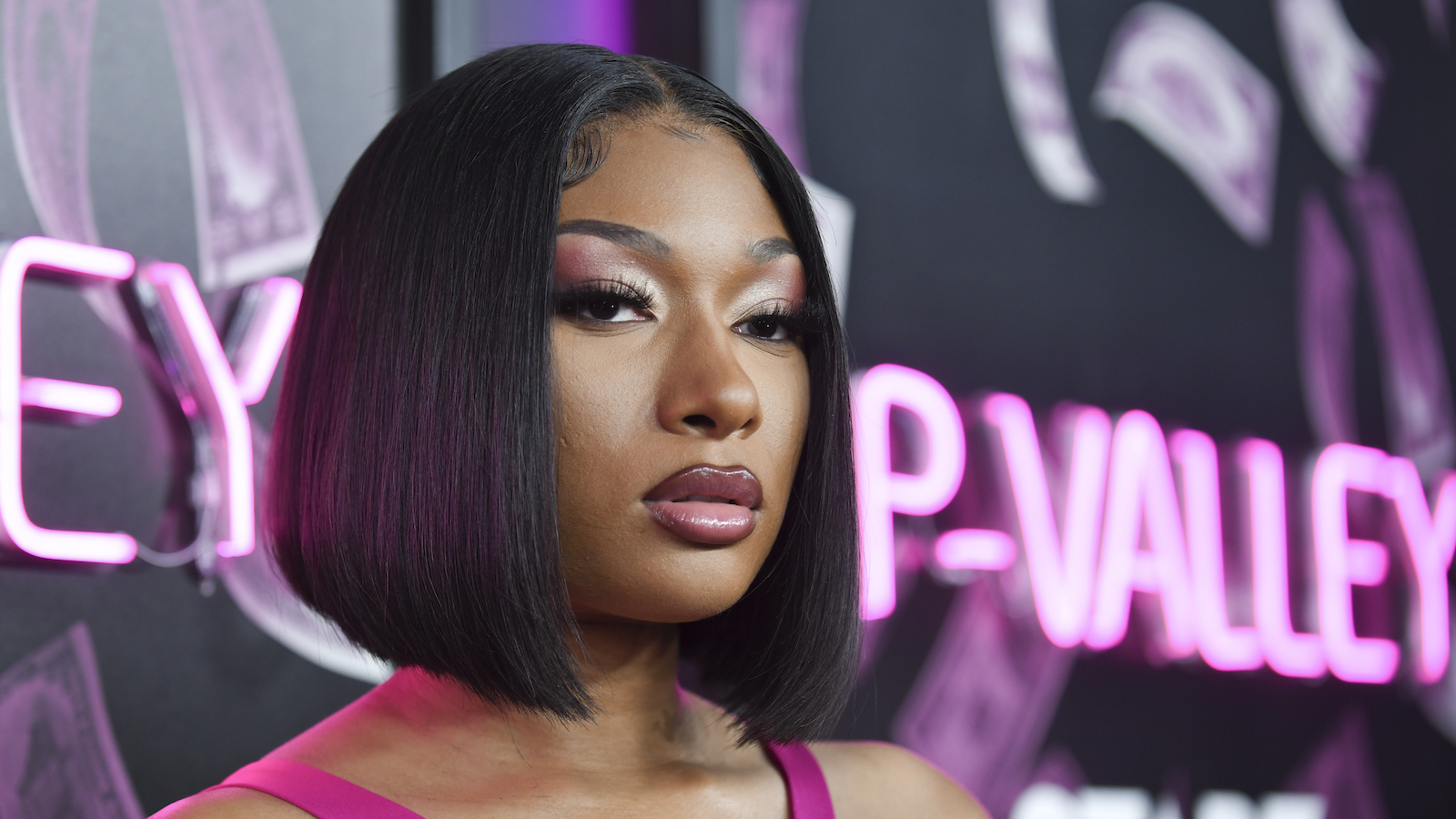 Megan Thee Stallion has given an interview with Rolling Stone in which she goes into detail about the July 11, 2020, incident in which Canadian rapper/producer Tory Lanez (born Daystar Shemuel Shua Peterson) allegedly shot her in the foot prior to his arrest for concealed gun possession.

Thee Stallion revealed to Rolling Stone in a profile that her injuries were more severe than the public knew, and she still dreams about the shooting every night, saying:

“‘Right now we’re going through some dark things. You are built for this,’” she says to herself as a kind of mantra. “‘God must got something good planned for you, because I don’t think he’ll put you through this if he wasn’t going to give you your reward at the end.’”

Thee Stallion explained that the incident started when she was leaving Kylie Jenner’s house after a quiet evening spent with friends, Lanez offered her a ride home. Sadly, the conversation allegedly turned contentious, and when Thee Stallion left his car in anger, the argument continued. He allegedly began shooting at her feet—with his gun that was legally purchased—while allegedly shouting “Dance, bitch!”

After allegedly shooting Thee Stallion in the foot, Lanez allegedly offered her a million dollars if she would keep quiet about it.  Thee Stallion, afraid that the police might shoot an armed Black man, initially told the cops that she had walked on broken glass.

According to testimony from LAPD Detective Ryan Stogner in a December hearing, “Megan immediately felt pain to her feet, observed blood, fell to the ground, and then crawled to an adjacent driveway of a residence…She described her injuries as bleeding profusely.”

Thee Stallion didn’t just downplay the injury to the cops, but also the public. After initially staying quiet on the subject, she eventually began to tell her side of the story after experiencing online harassment. Though she previously revealed that she was shot, revealed to Rolling Stone that her injury required surgery and physical therapy to regain her ability to walk.

“What nobody knows is, I had to get the surgery the same night. I stayed in the hospital in California for maybe four days. Then I was in New York for a while. Both of my legs wrapped up. I could not walk. I still have bullet fragments in my feet right now. I was very scared that I was not able to be Megan Thee Stallion no more. And I was fucked up.”

The rapper began physical therapy in New York before regaining the ability to walk in Tampa, Florida.

According to a report in Billboard, Lanez then violated a court order to stay away from Thee Stallion, coming to a festival in July, 2021, where the rapper was performing, first attempting to rush the stage during her performance, and later being brought on stage in disguise by DaBaby during his duet with her.

Meghan Thee Stallion will allegedly be a surprise recurring cameo on the forthcoming MCU Disney Plus series She Hulk, playing herself.