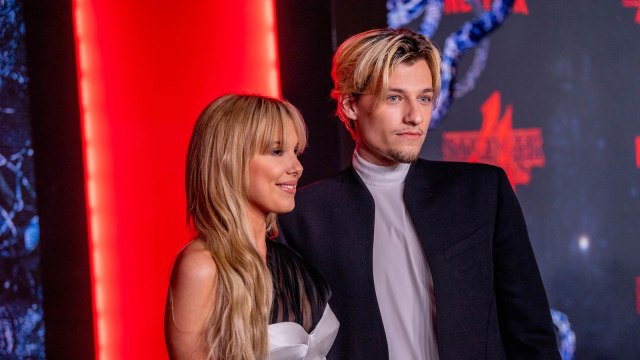 Breakout star of Netflix’s Stranger Things, Millie Bobby Brown has been spotted with an exuberant diamond ring on her ring finger, and it’s got many asking if the question has been popped.

Bobby Brown has been dating Jake Bongiovi, the youngest son of Jon Bongiovi, since Nov. 21. and it seems things may have stepped up a few notches as the actress has been spotted in New York with her man and a rather fancy-looking diamond ring on her ring finger. Pics were obtained by Page Six, and it’s hard not to think an announcement could be coming soon.

At just 18 years old, Bobby Brown getting married would be one hell of an early marriage. The duo has been spotted kissing several times whilst together in New York and it’s been a summer of photo opportunities after a red carpet debut at the 2022 BAFTAs.

Bobby Brown has come off the recent successes of Stranger Things‘ fourth season, with the giant constantly in the top ten most watched shows on Netflix every week, and with one season left of it, she’ll be looking ahead to a lifetime of royalties.

It’s astonishing she hasn’t been locked into a multi-picture deal with Marvel Studios or any other subsidiary of the all-encompassing Mouse House.

Bobby Brown is still involved in one franchise, with her in the larger-than-life MonsterVerse after appearing in the second Godzilla film. Reprising the role in Godzilla vs. Kong, she’ll be hoping there’s more giant lizard and monkey madness in the works.

Stranger Things is currently available to stream on Netflix.