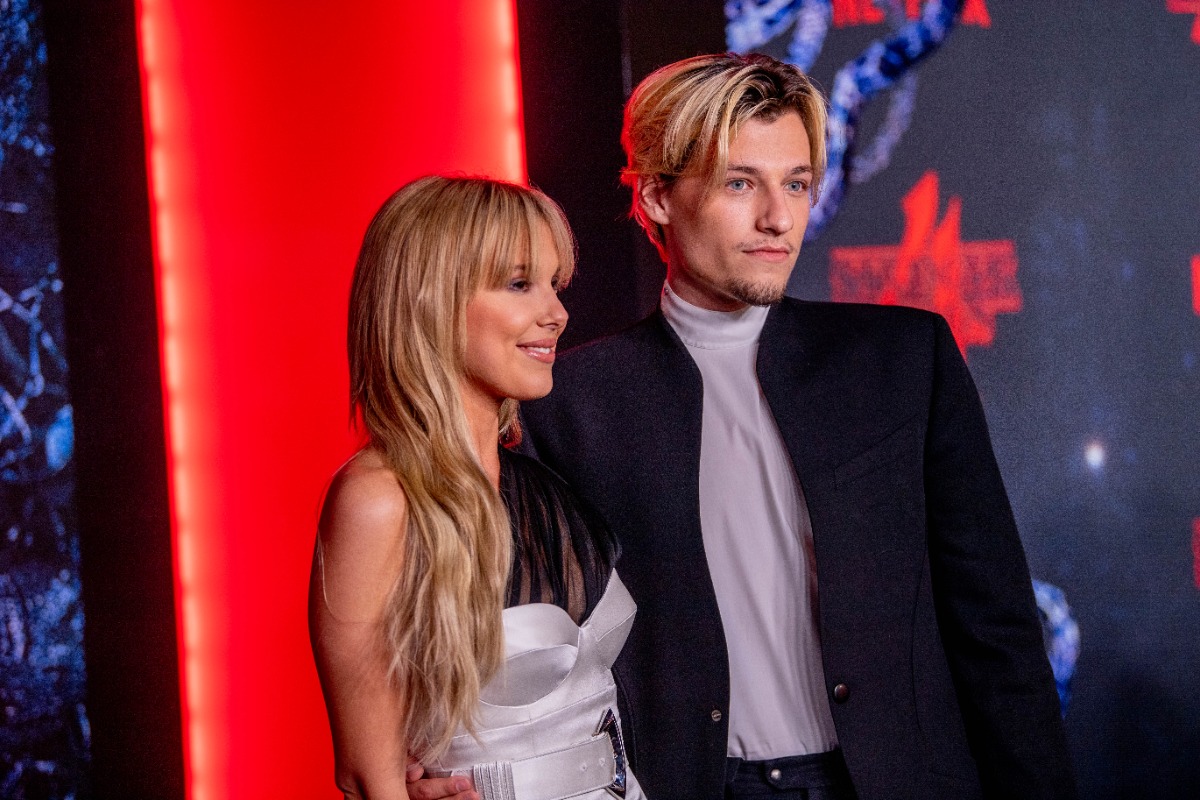 Sure we know her as Eleven from the huge hit Stranger Things, and it’s a little hard to separate that phenomenal character and Millie Bobby Brown‘s crazy good acting from real life, but Brown is a person just like the rest of us. And like the rest of us, she wants to have a normal relationship.

Maybe normal isn’t the right word, however, because Brown is dating the son of a rock star. That’s right, Brown’s boyfriend is none other than Jake Bongiovi, son of rock superstar John Francis Bongiovi Jr., perhaps better known as Jon Bon Jovi. Before we get into how long they’ve been dating, let’s take a look at the younger Bongiovi and what he’s all about.

Who is Jake Bongiovi?

Bongiovi is 19 years old and a student at Syracuse University, where he was accepted in 2020. He said he wants to get a doctorate but he’s also an actor. According to nj.com, Bongiovi is an activist and fairly involved with social issues.

In 2018, he was part of a national high school walkout in response to gun violence and a school shooting in parkland, Florida.

“It’s enough. It’s happened too many times that we watch it,” he said. “And we cannot let it go away this time.”

The pair were first spotted together in June of last year when Bongiovi posted a picture on his Instagram with Brown, saying the two were “bff,” shorthand for best friends forever.

The couple officially became an item in November of that same year when Brown reciprocated Bongiovi’s Instagram post with one of her own. The photo is blurry but the intention is clear – these two are now dating. In the pic, Bongiovi grabs her by the waist and kisses her. Romance!

Just a few months ago, Brown celebrated her 18th birthday with her boyfriend. The couple got dressed up for the occasion and Bongiovi posted “Happy birthday barbie (I love you) <3”

The couple got all dressed up again and attended the EE British Academy Film Awards 2022 at Royal Albert Hall in London. Bongiovi wore an elegant tux with a Ukraine pin and Brown stunned in gloves and a black dress with a long veil.

Bongiovi accompanied Brown to the premiere of the fourth season of Stranger Things, wearing a comfortable black suit with a turtleneck. Brown wore a stunning white dress.

Time will tell if this relationship stands the test of time, but the couple seems incredibly well matched and who knows? Wedding bells could be in their future.