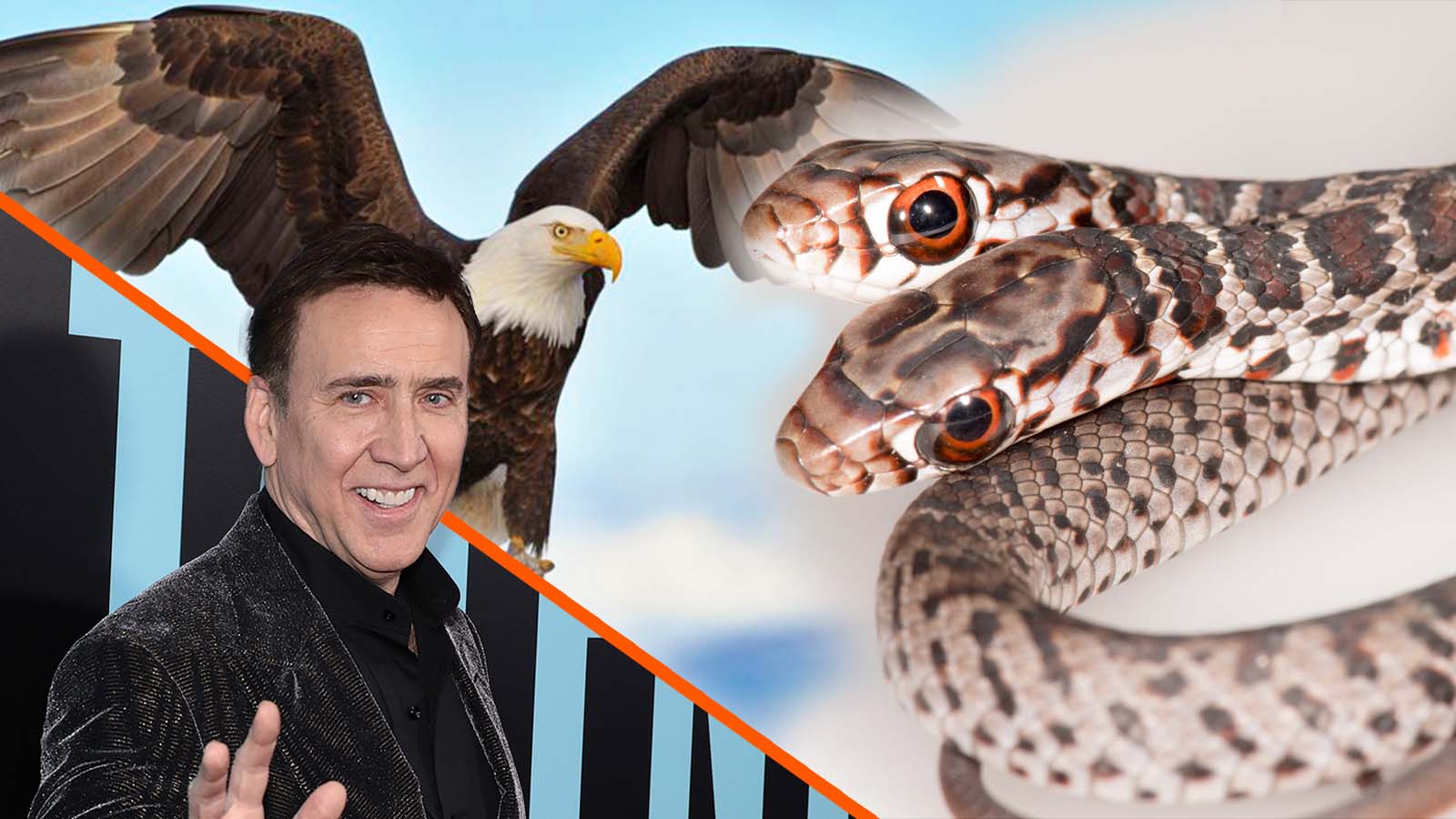 Actor Nicolas Cage is having a career renaissance of late with Pig and The Unbearable Weight of Massive Talent netting him praise, but he has not lost his eccentricity and just explained why he once had a snake with two heads.

For those unaware, the actor recently took the time to speak to GQ about his life, and in the March piece, he said he had bought a snake with two heads for $80,000. It was briefly among his other eclectic possessions like a haunted home in New Orleans and the Shah of Iran’s Lamborghini before dying at 14 just recently and, as Cage said in a chat with Wired for their series “Answers the Web’s Most Searched Questions,” he had wanted an eagle.

“That was very strange. I had been having strange dreams about two-headed eagles and I … this is a true story, somebody contacted my agency and said ‘oh there is a person who found a two-headed snake in Norwalk. The next day, isn’t that weird?”

Suddenly, him saying he is a goth as he did in January makes so much more sense than it did before. Aside from The Unbearable Weight of Massive Talent, the man with the menagerie will be on screen next in The Retirement Plan, The Old Way, Butcher’s Crossing, and Renfield next year, where he will play the infamous Count Dracula character. That piece is a dark fantasy-horror-comedy and will be a less serious take on the vampire than depictions previous.

If you happen to be in possession of a two-headed eagle, get in touch with Cage immediately.