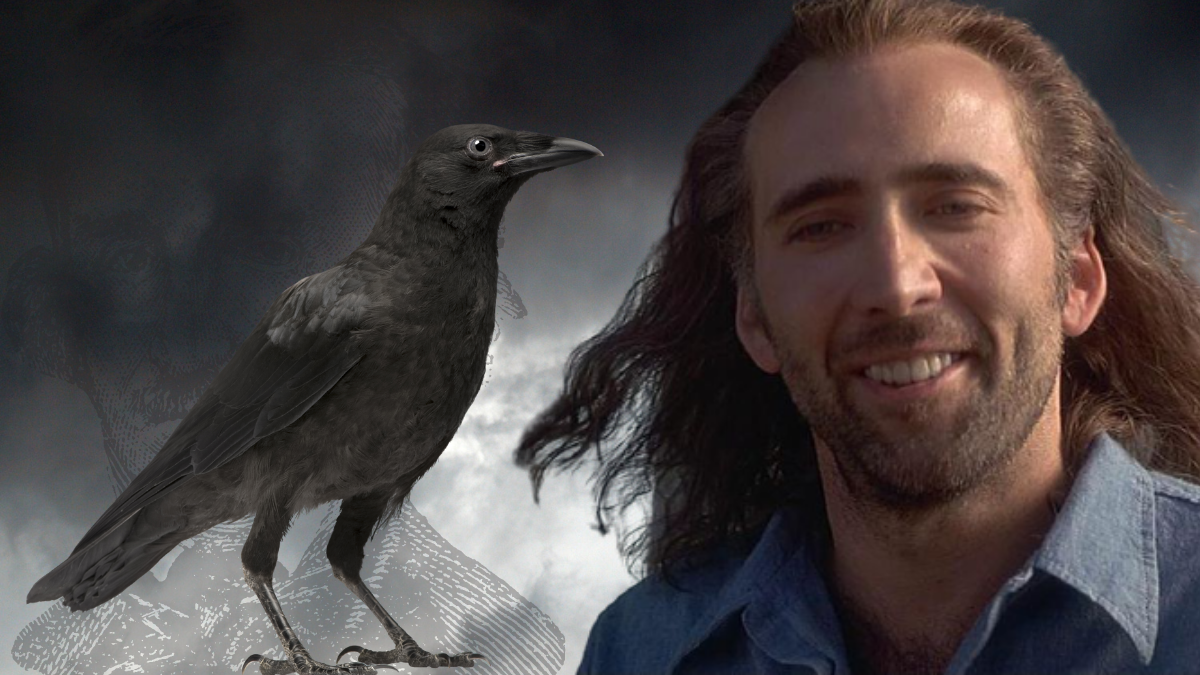 Academy Award-winning actor and erratic character actor Nicolas Cage spoke candidly about an obscure fetish of his that will absolutely resonate with goths.

In discussion with the Los Angeles Times about a myriad of topics, including meditation, music, and movies, Nicolas Cage revealed his love for gothic poetry and aesthetics, particularly that of Edgar Allan Poe.

This seems about right for a man who made sure he took his bride (who wore her favorite color, black, for the ceremony) to his pyramid-shaped tomb in New Orleans on a date before proposing with a black diamond ring.

Cage was candid about his experiences in the film industry and being harshly “marginalized by the studio system.”. Cage took a break from appearing as a headliner in A-list movies and mostly worked in direct-to-video until a recent return to the mainstream with Pig.

But perhaps the most eye-opening part of the interview was him revealing his extensive list of pets, including a rather bizarre one: a crow.

Hoogan, his trusty crow friend, lives in a geodesic dome in Cage’s estate in Las Vegas. The Con Air star speaks with great reverence towards Hoogan, and elaborated on why he adopted one.

“Crows are very intelligent. And I like their appearance, the Edgar Allan Poe aspect. I like the goth element. I am a goth.”. Out of the many things you may associate Cage with – crows probably were not top of your list.