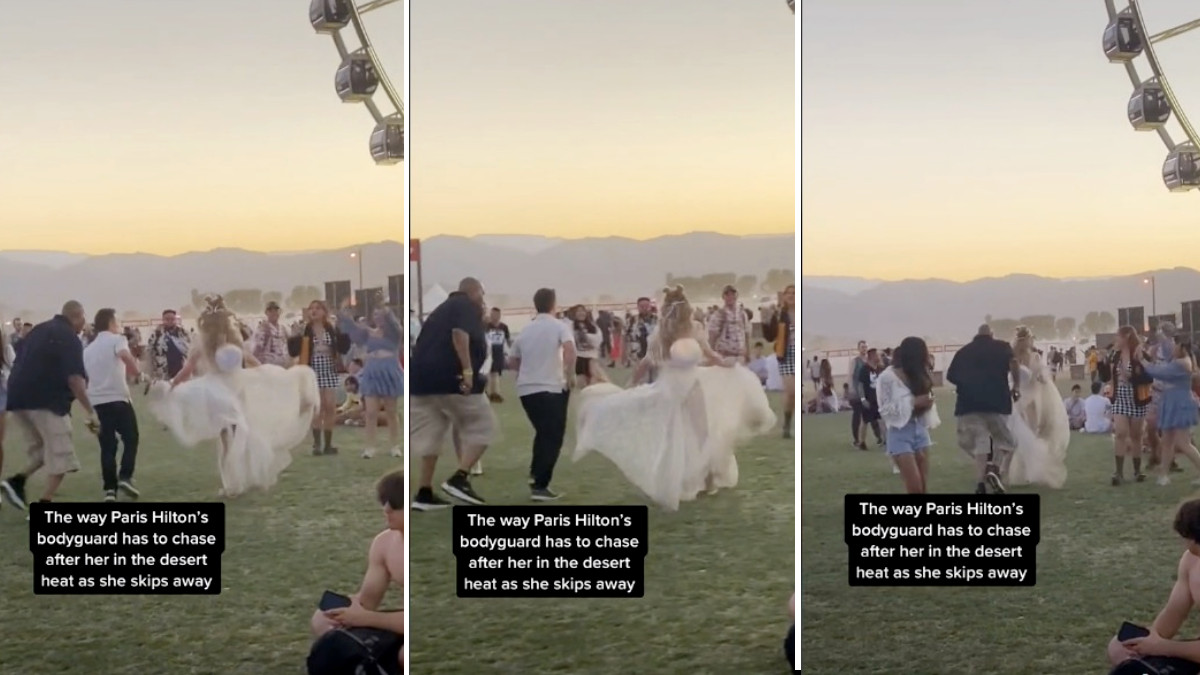 The 2022 Coachella Valley Music and Arts Festival wrapped up this past Sunday, April 24, which, as usual, attracted a various assortment of high-profile celebrity guests. Naturally, Paris Hilton was there, and a video of the reality star turned DJ dancing around at the festival has subsequently gone viral for the best-worst reason.

The moment was caught by TikTok user @megcoss, who captioned the video “Cardi B’s bodyguard in the teacup vibes,” referring to another viral video in which the rapper’s bodyguard appeared wholly nonplussed while riding the teacups at Disneyland.

“The way Paris Hilton’s bodyguard has to chase after her in the desert heat as she skips away,” the short clip was narrated as Hilton’s hapless bodyguard, dressed in cargo shorts and an oversized black polo shirt, did just that.

On one hand, it stands to reason that a celeb might feel embarrassed having their behavior put on blast in such a way — but on the other hand, this is Paris Hilton we’re talking about. So once the 41-year-old heiress caught wind of the viral clip, she commented on it herself, writing the hashtag “#Sliving” — a word Hilton herself coined which is a combination of the terms “slaying” and “living your best life,” along with a party hat face emoji.

Others were less impressed. “That run u can tell he was dying of heat,” commented one user, while a few other users compared it to a parent running after a toddler. “This is my husband every time I’m blackout drunk,” quipped another user.

Hilton likewise posted countless updates from Coachella to her Instagram account, including a few in which she was wearing the flowy white gown from the video — though her bodyguard was nowhere in sight.

Hey, you can’t argue that the guy didn’t know what he was getting into when he agreed to babysit Paris Hilton at Coachella. At least we can imagine he was compensated well for managing to not pass out from heat exhaustion in the Colorado Desert. You can watch Hilton’s YouTube diary from the festival, “My SLIVING Coachella Diary,” below.