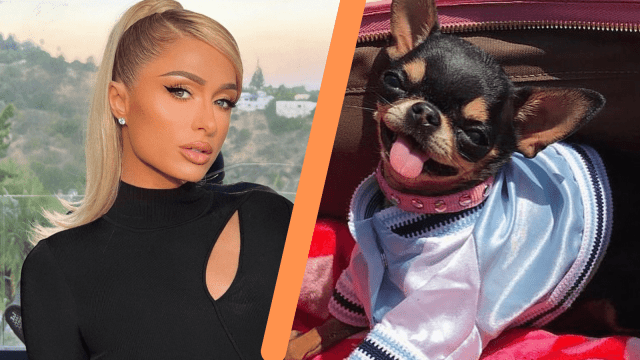 A few weeks ago while Paris Hilton was in the middle of moving, her pet chihuahua Diamond Baby went missing, with the hotel heiress speculating one of the movers must have left a door open, as the dog has been missing ever since.

However, Hilton is still holding out hope, having recently spoken to pet psychics who informed her that her beloved pet is still alive and well.

Now, for those of us who have ever lost a pet, we wouldn’t wish this on anyone. Though when a pet has been missing for over three weeks, most of us would reluctantly begin to think about cutting our losses and grieving our lost pet.

However, in a recent Instagram story, Hilton shared she has spoken with seven pet mediums who are all telling her the chihuahua is alive and well.  A TMZ reporter followed up with Hilton at LAX, and though she’s heartbroken, it appears Hilton is nowhere near ready to give up on Diamond Baby, reaffirming her confidence in the psychics, who she says have previously solved cases of missing pets.

Hilton had also considered raising the reward for the safe return of Diamond Baby, however, her security team has advised her it would set a dangerous precedent and make her a target for pet snatchers.

Despite the ongoing search for Diamond Baby, Hilton’s hustle must go on – with the media personality having recently appeared on the cover of InStyle magazine and walking the runway at Milan Fashion Week just over a week ago.

Hilton and her team encourage anyone with information about Diamond Baby’s whereabouts to email [email protected], with a $10,000 reward for the pup’s safe return.