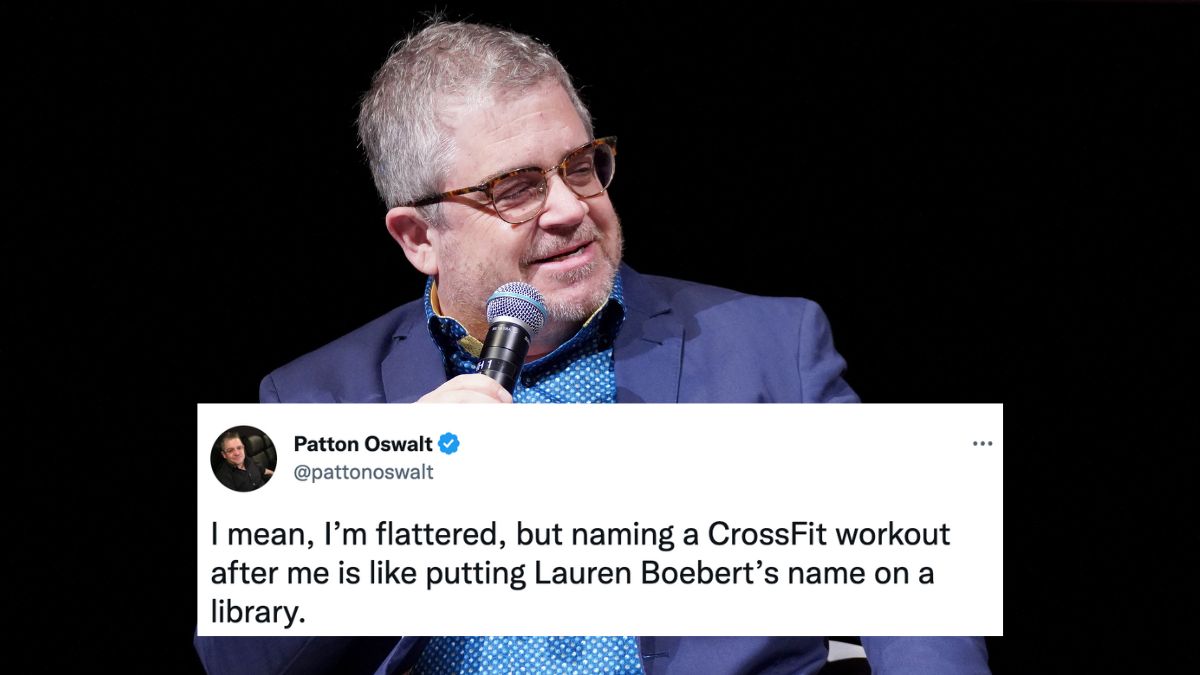 If you’ve given up on your new year’s resolution to get fit, now is a good time to get back into it. M.O.D.O.K. star Patton Oswalt became CrossFit’s latest inspiration after it was discovered that today’s fitness routine is named after him. However, flattery isn’t the only feeling the comedian felt when he learned about the latest fitness class.

Over on Twitter, Oswalt believed that using his name for a fitness class isn’t such a good idea and feels out of place. He compared the new class to having a library named after US politician Lauren Boebert — both contrast with each other. According to the CrossFit class description, the “Patton Oswalt” consists of “three front squats and five back squat complex,” alongside other sets that need to be repeated.

The new fitness routine received mockery from the comedian’s followers. They pointed out the irony of the fitness routine and came up with other concepts that Oswalt’s name could be attached.

But let’s be real, we all know what we want — to see Oswalt do this fitness class. How hard could it be since it is named after him after all?

It’s currently unknown if this CrossFit class would give you the same body results as the real Patton Oswalt but hey, if it gets people curious to take the class, why not? There is no harm in trying, especially for those wishing to live a healthier lifestyle in 2023. Maybe this fitness routine would encourage people to get back on track.