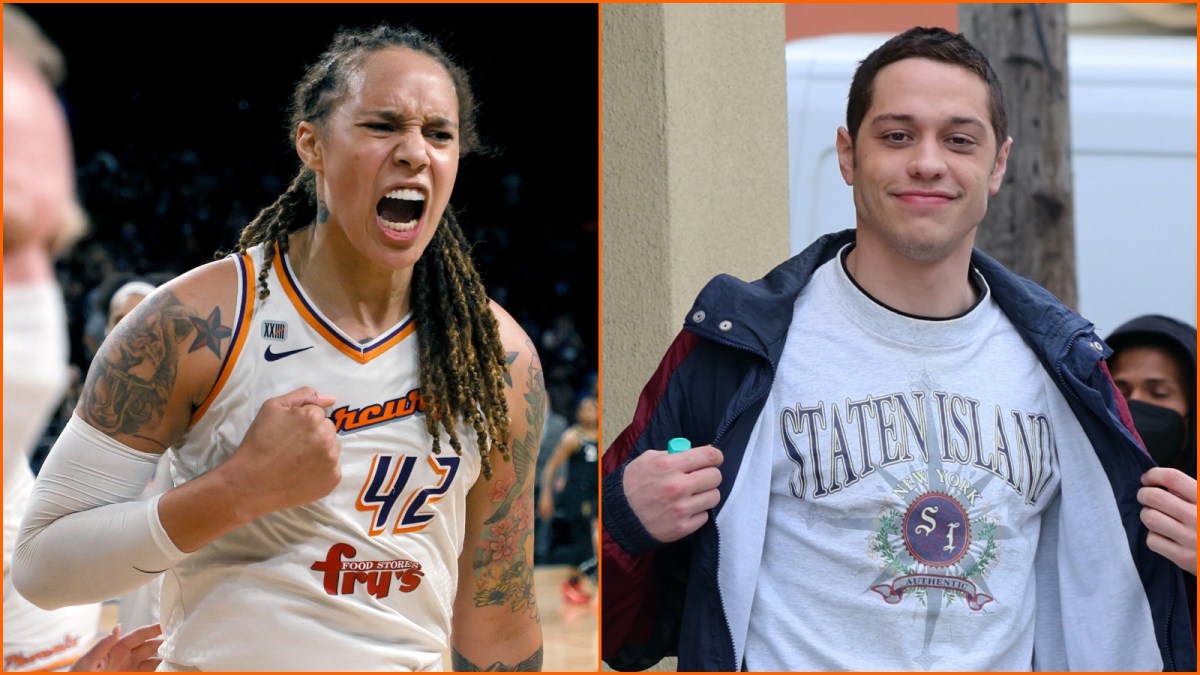 It would be quite difficult for Pete Davidson to be dating WNBA superstar Brittney Griner, since the 32-year-old has been spending the last nine months in Russian prison. For the uninitiated, in Feb. 2022, Griner was found to be in possession of hashish oil when trying to enter the Russian border; she was due to play with the Russian Premier League during the WNBA off-season. Her trial began in July and by August 4, after pleading guilty to the charges, Griner was sentenced to nine years in prison. In November 2022, she was transferred to IK-2, a Russian women’s prison, but was released in a prisoner exchange on Dec. 8 for Viktor Bout, a Russian arms dealer who was convicted of conspiring to kill Americans and had already served 10 years of his 25-year sentence.

It’s a scientific fact that there’re at least seven individuals in the world that resemble us. We all have copycats that share a likeness with us. Baring that in mind, Griner might have accidentally found one of her seven.

And we all know Pete Davidson. The 29-year-old comedian and actor was engaged to Ariana Grande during their period of dating from May 2018 to Oct. 2018. Davidson recently appeared as David (ironically) in Halina Reijn’s horror Bodies Bodies Bodies and is scheduled to voice Mirage in the upcoming sequel to 2018’s Bumblebee, the seventh installment in the Transformers franchise: Transformers: Rise of the Beasts. Well, now that we’re all acquainted, let’s get down to business.

While she was on the flight home, Griner revealed (from an inside source) that she was happy to be released. In footage from the plane, Griner sports a black beanie and a red and black plaid shirt, a fashion statement that’s become somewhat of a staple for Pete Davidson. The former Saturday Night Live (SNL) member doesn’t shy away from the paparazzi; he’s always seen wearing some variation of sweatpants and oversized shirts. He’s also partial to some plaid every now and then. Well, in the video, Griner looks exactly like Pete Davidson and the internet is lapping it up.

Griner might never escape these ‘Pete Davidson’ jokes, but being made to resemble an American actor is a much better fate than spending nine months in prison when you were supposed to spend nine years.