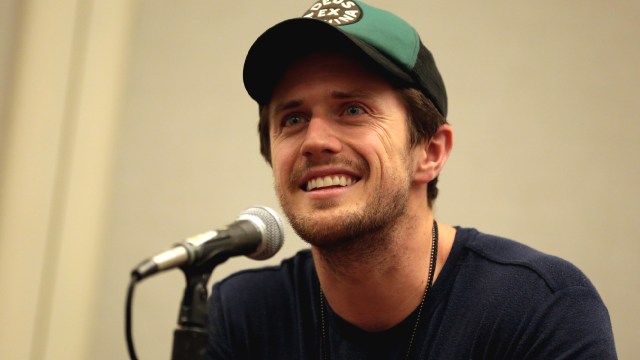 Howlers rejoice, we finally have a release date for the sixth book in Pierce Brown’s Red Rising saga.

The upcoming sixth entry into Darrow’s incredible story is set to release on May 2, 2023, according to multiple postings to Reddit’s dedicated page for Red Rising content.

Brown announced the book’s release date during a panel at San Diego Comic-Con. He’s been teasing its release for months via his assorted social media channels, and fans were absolutely glued to his various pages on July 22 as they awaited the heavily-hyped “book six news.” The announcement from Brown included news that book six will not be the last in the Red Rising saga — a seventh book will follow a few years after book six drops.

The New York Times bestselling Red Rising series has boasted a passionate fanbase for years, thanks to an utterly gripping storyline, flawed and relatable characters, and an unyieldingly action-packed plot. The most recent book in the series, Dark Age, was released back in 2019, leaving fans with more than three years to wait for the conclusion of Brown’s latest trilogy.

And considering how Dark Age ended, the wait has been brutal. The book left off on a painfully gipping cliffhanger, and fans have been desperate for news about book six for years now. Brown has been open about his process online, where he’s shared roadblocks and issues with his fans. More than a year ago, Brown teased a few bare details about his process, noting that he’s been hard at work, but after months of effort found himself “deep into thistles and brambles,” where he was faced with “fearsome dead eyed beasts waiting just on the other side.”

He revealed, in the heartfelt Instagram post, that he “chose the wrong damn path,” and was forced to scrap upwards of 200 pages worth of work. This heavily delayed the release of book six, but fans were fully willing to accept the wait if it meant a good conclusion to the series. Thankfully, the wait helped him to find the “right and true path through to the saga’s conclusion,” a fact that fans are endlessly grateful for. We may be eager for a finale, but after the harrowing grimness of Dark Age, fans would happily welcome a slightly less torturous conclusion to the beloved series.