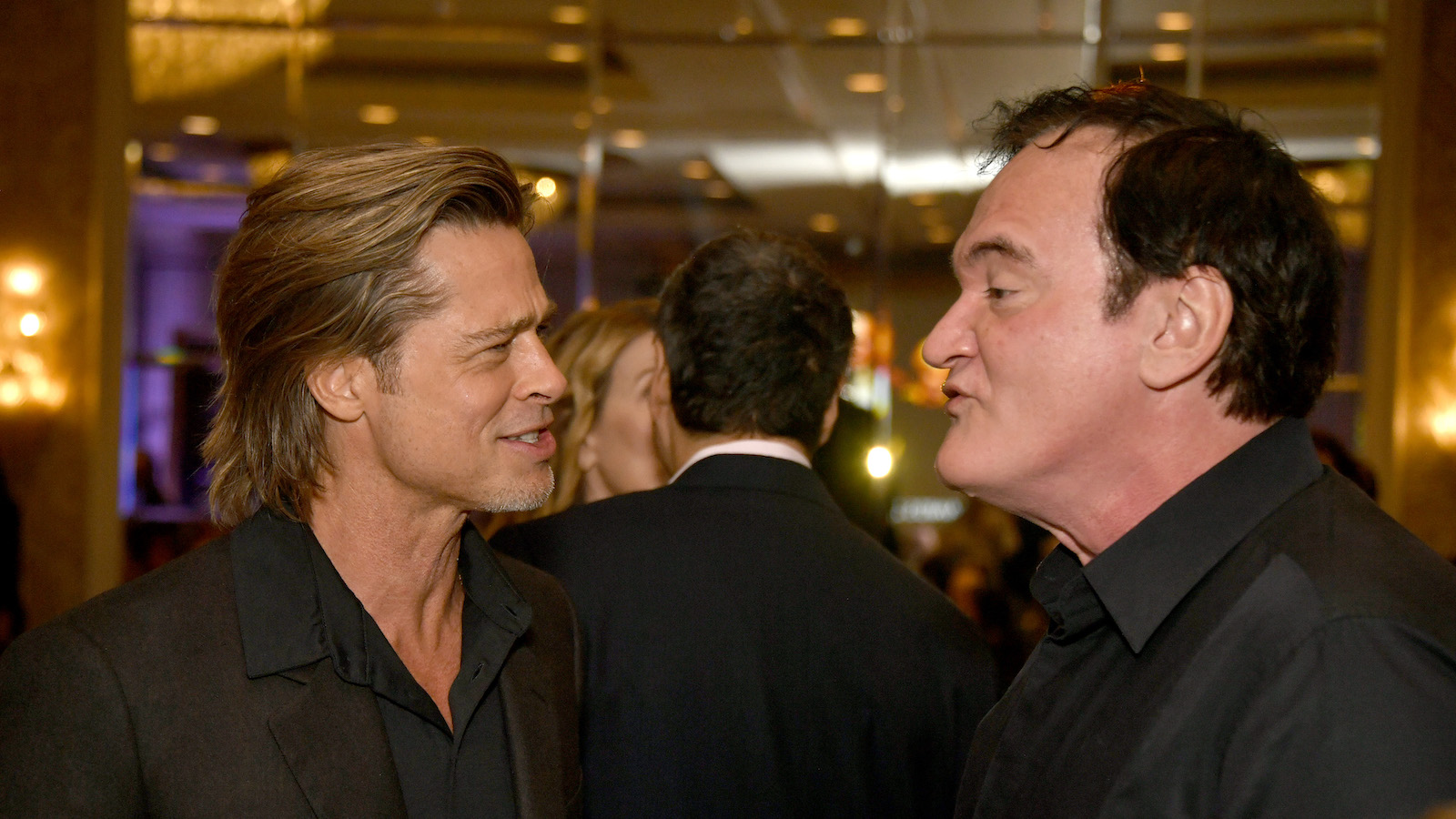 One thing you can say about director Quentin Tarantino, the man is never at a loss for words. The subject might be film projects he’s never going to follow through on, like a Star Trek movie based on the episode where Kirk and Spock end up on the planet of 1930s gangsters, or the Django/Zorro crossover film he was developing with Rothaniel comedian Jerrod Carmichael.

Or the conversation might just be a jabberfest with fellow auteur Paul Thomas Anderson about movies, like the one that went so late into the night it caused a bored Fiona Apple to quit doing cocaine.

Or it might, as in the case of a recent GQ profile of Brad Pitt, star of Tarantino’s Once Upon a Time… in Hollywood and Inglorious Basterds, just about how Pitt is the last of a breed of real manly movie stars. Tarantino spoke at length with GQ about how the actor’s ability to assume many different kinds of roles while exuding a masculine strength puts him into a lineage of American leading men like Robert Redford or Paul Newman.

“He’s really good-looking. He’s also really masculine and he’s also really hip; he gets the joke.… But the thing that only the directors that work with Brad and the actors that act opposite him really know, what he’s so incredibly talented at, is his ability to really understand the scene. He might not be able to articulate it, but he has an instinctive understanding about it.”

Tarantino went on to explain that Pitt possesses a timeless quality in a monologue that sounded as if it was lifted straight from a 15-year-old girl’s diary:

“He’s one of the last remaining big-screen movie stars… It’s just a different breed of man. And frankly, I don’t think you can describe exactly what that is because it’s like describing starshine. I noticed it when we were doing Inglourious Basterds. When Brad was in the shot, I didn’t feel like I was looking through the viewfinder of the camera. I felt like I was watching a movie. Just his presence in the four walls of the frame created that impression.”

Starshine, er, we mean Brad Pitt will appear next in Ladybug, in which he plays an assassin riding on a train.