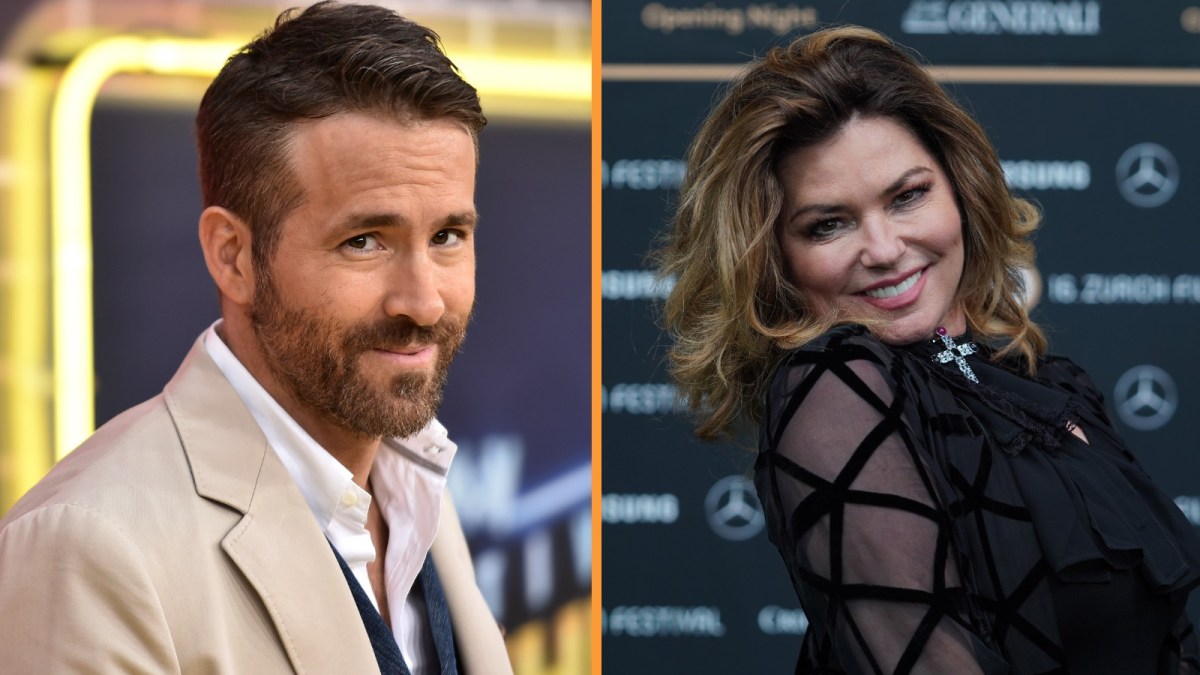 Ryan Reynolds continues to be on cloud nine following his monumental night at the 2022 People’s Choice Awards.

The man of the hour received the Icon Award, which he credited his family for, and was shouted out by legendary country singer Shania Twain. The event occurred on Dec. 6, during Twain’s live performance of her hit song “That Don’t Impress Me Much.” In the original 1998 track, Twain previously named dropped actor Brad Pitt as she describes the qualities she wanted in a man.

In the performance, Twain — who is seen rocking an all-pink ensemble with a pink wig — says in the chorus,

“Oh you think you something else, okay so you’re Ryan Reynolds. That don’t impress me much. So you got the looks but have you got the touch?”

Immediately after Twain’s shout-out, the camera panned over to shocked yet happy Reynolds as he sat in the audience. On Dec. 6, Twain shared the short clip on her Twitter page with the caption, “Sorry not sorry @VancityReynolds #PCAs @peopleschoice.” A short time later, Reynolds retweeted the post and thanked the singer.

The 46-year-old wrote, “I can’t think of a more iconic, smart and beautiful person to not impress all that much. Thank you for an amazing night, @ShaniaTwain.”

This isn’t the first time Twain had made headlines for her song “That Don’t Impress Me Much.” In 2017, the vocalist revealed in an interview that the reason why she namedropped Brad Pitt in the track wasn’t because of his good looks but rather the nude photos scandal that occurred in 1995 while he was dating actress Gwyneth Paltrow.

In 1995, Playgirl magazine released naked paparazzi photos of Pitt and Paltrow as they relaxed in their home. Two years after the scandal, Pitt sued the publication for the images in an attempt to block its distribution.

Twain told Billboard Magazine, “I was writing this album and there was a scandal of [Pitt] and Gwyneth [Paltrow] where there was naked photos of him. And this was like all the rage. I just thought ‘I don’t know what all the fuss is about.’ I’m like, well that don’t impress me much, I mean what is all the fuss. We see people naked every day. That’s really what I thought.”

“That Don’t Impress Me Much” went on to sell 40 million records worldwide.