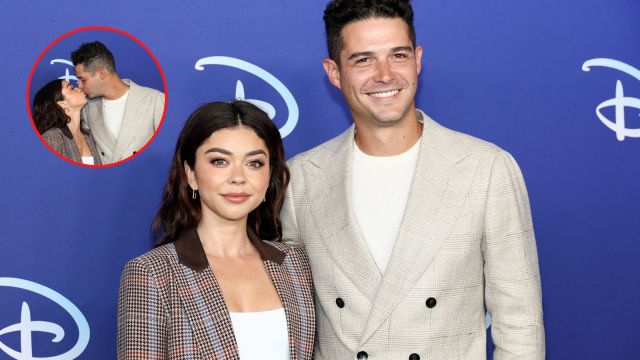 Former star of the ABC comedy Modern Family, Sarah Hyland, has recently tied the knot with Wells Adam, and it was none other than a former co-star who officiated the wedding.

Jesse Tyler Ferguson who played Hyland’s uncle in the long-running series was spotted at the wedding ceremony as the officiate as she married former Bachelor contestant Wells Adam after dating for five years and being engaged for three. The entire cast of Modern Family was invited to the wedding as they all celebrated their former co-star’s big day.

Sofia Vergera was one of the big names who returned to attend, with her posting several pictures from the wedding day on her social channels. Later on, photos were put online revealing Ferguson playing the role of celebrant which has warmed the cold cockles of the internet’s collective hearts immensely.

Hyland has gone through significant health issues in her life, with her requiring a kidney transplant as well as treatment for her endometriosis. She’s had 16 surgeries to try and improve her health, and often filmed Modern Family whilst going through the most gruelling eras of her health issues.

For those who grew up watching Modern Family, it’s quite bizarre to see Hyland all grown up. Now 31 years-old, she’s a long way from playing the slightly ditzy but lovable teenage daughter of Phil and Claire Dunphy. Modern Family went on for eleven seasons before its final season aired in 2020.

In 2020 there had been talk of a potential spin-off revolving around Ferguson’s character, but nothing more has been heard of this concept since.