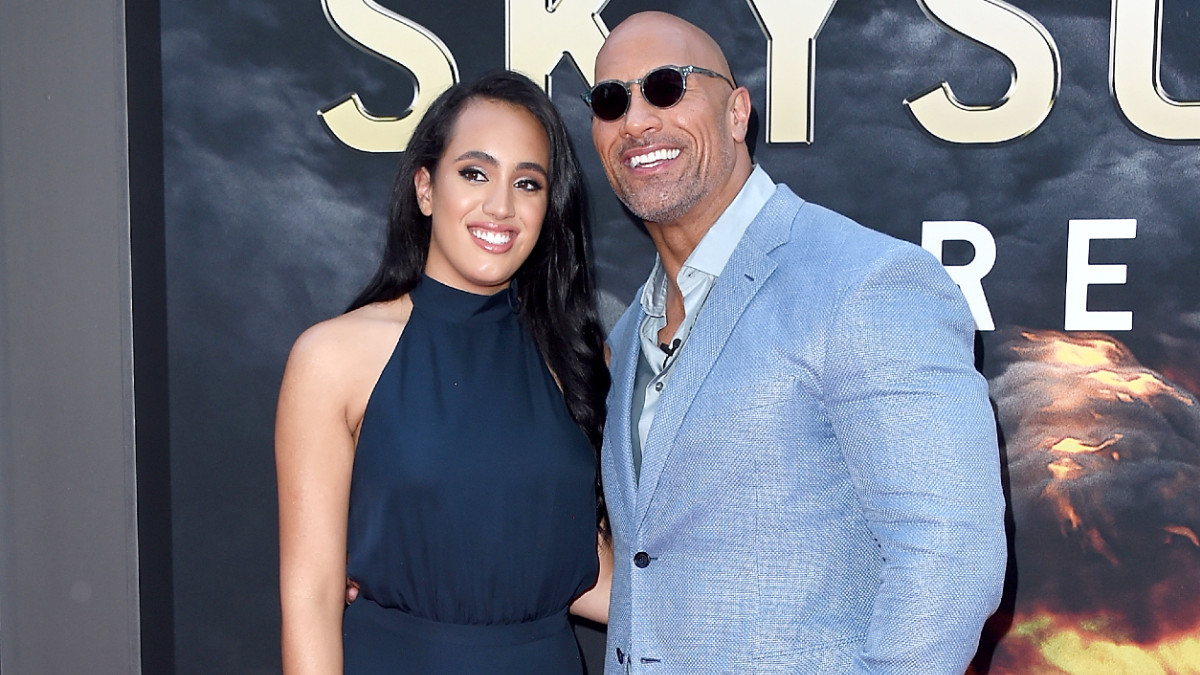 Simone Johnson, the 20-year-old daughter of Dwayne “The Rock” Johnson announced her new wrestling name over the weekend as “Ava Raine.” It was first announced that Johnson signed with the WWE in 2020, however, her debut was delayed due to a knee injury.

“Dreams ain’t just for dreamers,” her father shared in a Feb. 20, 2020, Instagram post. Congrats to my [first]born, Simone Johnson on officially signing her wrestling contract with WWE and WWE Next and on her way to becoming the first ever fourth generation WWE athlete.”

“Carry our family name proudly, but your road will always be yours to create, earn, and own,” Johnson added. “So proud. Live your dream. Let’s work.”

Before pivoting primarily to acting, the Rock was a 10-time WWE world champion, leading in the WWE Hall of Famer footsteps of his father, Rocky Johnson, and grandfather Peter “High Chief” Maivia.

Johnson revealed the news of her wrestling name on Sunday by changing her Twitter handle and tweeting a GIF of Fairuza Balk’s character in the 1996 teen horror film The Craft. But unfortunately, many fans took umbrage with the fact that her chosen name didn’t seem to honor her family.

“I beg of you guys to find a new joke. Anything,” Johnson responded to one fan who had the audacity to suggest that she change her name to “The Pebble.”

“Thanks Louis, very encouraging,” she deadpanned to another fan who called her name “nonsensical.”

“Nothing in this category please,” she added, tweeting a Google search results screenshot of the three types of rocks.

But then Johnson got real, addressing the haters.

“I probably sound like a broken record and hopefully this is the last I’ll mention this but I don’t understand why people being portrayed as separate individuals from their family name is such a heated topic,” she wrote in a followup tweet. “A name doesn’t discredit any prior accomplishments from any family.”

“I could build my entire career around my father and people would still bash me anyway,” she continued.

In a final thought on the matter, Johnson thanked fans and made sure to add that she wasn’t trying to “ignore or undermine all the sweet comments and support” she’s gotten.

Though her dad has yet to publicly remark on her newly-revealed name, we have to imagine he’s just as proud of his daughter as ever — whether she tried to honor the family tradition with a silly pun.