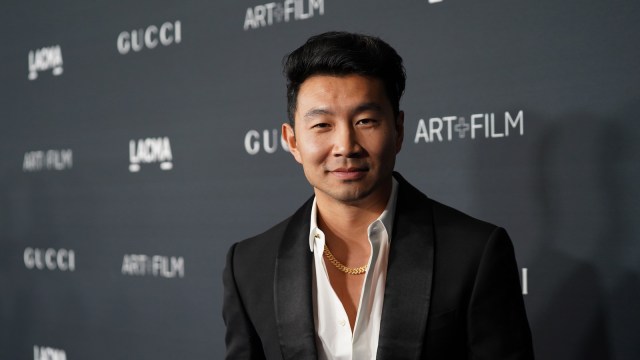 Actor Simu Liu‘s career went stratospheric after the release of the Marvel smash Shang-Chi and the Legend of the Ten Rings, and it looks like it’s going to stay that way. The actor is set to appear in the super buzzy upcoming movie Barbie, and he’s promising it’s going to be crazy good.

Liu, speaking with Comicbook.com, revealed that he has a bit of trouble imagining himself on the same level as actors like Ryan Gosling and Margot Robbie, but regardless he tries to power through.

“I am the embodiment of imposter syndrome. So, I wouldn’t say that in any situation, I could walk into a room with Margot Robbie and Ryan Gosling and be like, ‘I fit right in,'” Liu said. “Maybe briefly, Ryan and I connected on being Canadian. No, I mean they’re all amazing people and I’m very lucky to call them friends now. But, It’s going to be a bonkers movie.”

He’s not lying, especially considering what he’s putting his body through for the movie. Back in May, Liu shared that he waxed himself entirely to mimic a Barbie doll’s plastic sheen. “It was one of the most painful experiences of my life,” he said. “I have such a newfound admiration for the incredibly brave women who go through this on a monthly basis.”

Liu has shared his love for the upcoming film numerous times during the different stages of its development. He previously praised director Greta Gerwig for a script he called “one of the best things I’ve ever read.”

Barbie is scheduled to hit theaters on July 21 of next year.