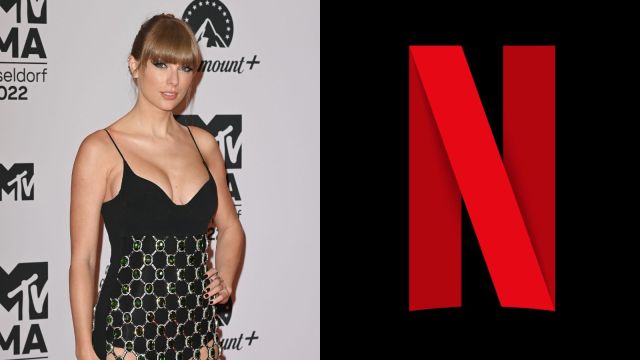 Photo by Kate Green/Getty Images for MTV
Review of:

The biggest ticketing debacle of the year has seen Taylor Swift’s hardcore stans pitched against the global ticketing behemoth Ticketmaster, in a case of real rage against the machine. Now, they’re hyping up the inevitable Netflix documentary around this clusterkerfuffle.

Netflix loves a true crime series, whether it be a dramatization or a full-blown documentary, so it should come as no shock Swifties are pitching their perfect documentary to cover the drama which has unfurled over a chaotic November week. The drama involved scam texts and an inability to do what the business promises: sell tickets.

There’s been documentaries out there before on the fall of businesses and empires which act almost like black comedies. Sunderland ‘Til I Die chronicles the complete mismanagement of a football club, FYRE covers the music festival monstrosity which never happened, and there’s also WeWork: Or the Making and Breaking of a $47 Billion Unicorn.

Now it’s Ticketmaster’s turn. The world wants answers as to what on Earth actually happened with Ticketmaster and how it got to this point.

Given how monumental the screw-ups have been, it could result in some prime car crash entertainment. Despite everyone agreeing job loss is bad, there’s a weird schadenfreude when you can detach the people from the massive company in a documentary like this.

Netflix, much like James Spader in the David Cronenberg movie Crash, loves to see a car crash. It’s prime real estate, with it also a great chance to pick up Emmys in documentary categories. There’s no way there isn’t a Hollywood producer out there looking at Ticketmaster and wondering how soon they could get a deep-dive done.

Don’t worry Netflix, there’s also plenty of people who want to be involved.

Fans are out for blood and are holding out hope for a lawsuit in addition to a true crime series. Whether or not Swift herself gets involved is a whole different thing.