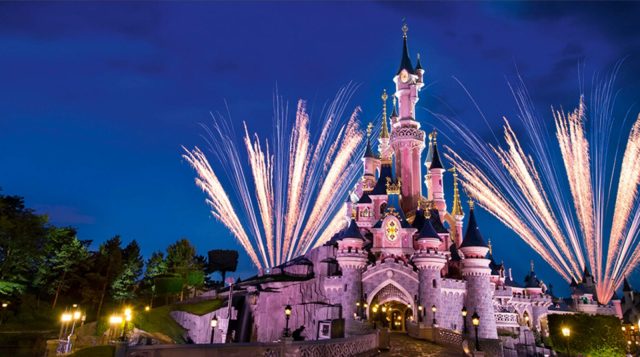 Disneyland Paris will shortly open up its latest addition to the park, Avengers Campus, on July 20 and a few MCU heroes came along to bless its opening. This is the second Avengers attraction to the Walt Disney Studios Park franchise, with its sister campus based at Disneyland, California.

The Paris campus boasts many of the same attractions it also has some brand new additions, one of which sees Captain Marvel playing a significant role. Avengers Assemble: Flight Force sees Iron Man and Captain Marvel team up to save the world from an intergalactic threat. Visitors can board a Stark Industries hypersonic vehicle (rollercoaster) and join the heroes as they save planet Earth.

Captain Marvel herself, Brie Larson, was there to inaugurate the new attraction and along for the ride (pun intended) was Ms. Marvel, Iman Vellani, who will be teaming up with the former in the 2023 film The Marvels. Also joining them was Guardians of the Galaxy‘s Mantis, Pom Klementieff.

In her opening speech, Larson sang the new attraction praises and claimed she was happy to get to see the impact her character has on Marvel fans as they get to “interact” with their heroes when they come to visit the resort.

“Bonjour. Hi, everyone. I am so happy to be here with you today. I am a huge fan of Disney Parks, and being here at Disneyland Paris to celebrate the exclusive premiere of Avengers Campus is incredibly special. When I joined the Marvel Cinematic Universe as Captain Marvel, I was ecstatic to be able to portray a character whose strength, courage, and values could resonate with audiences around the world. However, when you make a movie, you don’t necessarily get to see the impact it has on people because you’re on the opposite side of the screen. But being here at Avengers Campus, its stories and characters have a place to come to life where fans can interact with them every single day. It feels so special and significant. My favorite place at Avengers Campus is obviously the new attraction, Flight Force. And, I know I can count on all of you to help Iron Man and Captain Marvel successfully complete their mission. Higher, further, faster, baby.”

Other than her role in this new attraction (which is not MCU canon), and a small cameo at the end of Shang-Chi and The Legend of The Ten Rings, we haven’t seen much of the intergalactic hero since she swooped in during the final battle in Avengers: Endgame. Her absence has been noted by both Monica Rambeau and Kamala Khan mentioning her lack of presence in WandaVision and Ms. Marvel respectively.

Though fans may miss her presence within the MCU, and look forward to seeing the hero back on their screens in The Marvels next year, they can go and join the hero in action at Disneyland Paris.