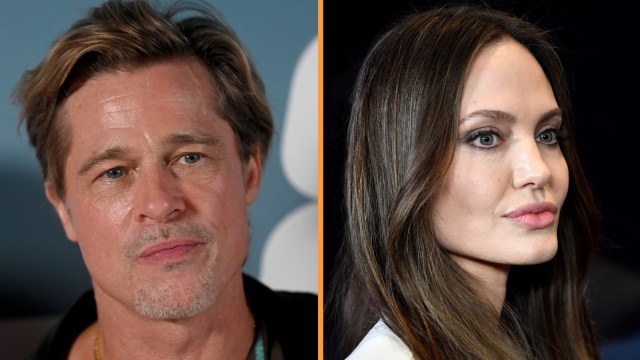 Hollywood has more stories of couples breaking up than examples of celebrities who found love and their happily-ever-afters. Yet, the news of Angelina Jolie and Brad Pitt, the famed “Brangelina,” splitting in 2016 left many shocked as they had been pegged as one of the all-time trending “It” couples. But it is becoming increasingly evident that the beautiful relationship fans thought the duo shared wasn’t all that magical and didn’t even remotely resemble the flawless fairytale it was touted to be.

Their separation has been one messy legal debacle since Jolie filed for divorce citing irreconcilable differences. The former couple has been embroiled in court cases since then whether it is about the ownership dispute of their winery or the shared custody of their six children.

But what has truly left people reconsidering the reality of their relationship is the abuse allegations against Pitt that have been floating around since 2016, which have recently once again gained traction in light of Jolie’s recent countersuit against her ex-husband.

The root of the countersuit — the winery, the custody battle, or the abuse allegations?

At the heart of the lawsuit is the French winery, Château Miraval, in the south of France, which the two jointly purchased years before they got married. In February of this year, Pitt sued Jolie for selling her half of the interest in the wine company to Tenute del Mondo, a division under the Stoli Group. As alleged by the actor, at the time of the divorce, it was decided that neither would sell their share without each other’s proper consent. So, when Jolie went against this arrangement, she allegedly violated the terms of the contract.

The duo has been tangled in a legal tango over the winery and in her recent countersuit, Jolie has revealed that one of the prime reasons she choose to sell her half of the wine business was because she was not okay anymore with being partners with Pitt in running a business based on alcohol, given Pitt’s “acknowledged problem of alcohol abuse.”

She has also refuted Pitt’s claims about the couple ever agreeing — in writing or verbally — to not sell their respective shares of the winery.

But that’s not all the cross-complaint comprises of. Jolie’s countersuit highlights that the couple was initially engaged in a temporary deal where she agreed to sell her share of the winery to Pitt. But the said agreement expected her to say yes to a nondisclosure agreement — it would have “contractually prohibited her from speaking outside of court about Pitt’s physical and emotional abuse of her and their children.”

All allegations of abuse against Brad Pitt

The said allegations pertain to an incident that took place in 2016 onboard a private plane the former couple was on with their children. Just a day after this, Jolie filed for divorce.

At the time, reports emerged that following the flight, Pitt was the subject of an FBI child abuse investigation. But soon, the FBI released a statement closing the investigation after clearing the actor and revealing that no charges had been filed against him.

It was in early 2022 when details about what transpired on the plane that day six years ago were finally leaked in bits and pieces after Angelina Jolie filed a lawsuit against the FBI in an attempt to seek classified information about their investigation of the incident. As per the reports, that day on the plane, Pitt had been drinking when he took her to the back of the plane and “allegedly grabbed her shoulders and shook her and yelled things like, ‘You’re fucking up this family’.”

As per the report, Pitt once again engaged in a “physical altercation” later during which he allegedly poured wine on Jolie and she was even injured.

At the time, if Jolie had chosen to, she could have pressed charges against Pitt. But she was “conflicted on whether or not to be supportive of charges.”

While the majorly redacted FBI report did not divulge any information about Pitt being abusive toward the children — who were all minors at the time — Jolie’s countersuit has added many more ugly details to what allegedly happened on that plane all those years ago.

As per her filing, “Pitt choked one of the children and struck another in the face” and “grabbed Jolie by the head and shook her.” He then proceeded to pour beer on Jolie but he didn’t stop there — he then “poured beer and red wine on the children.”

The cross-complaint explicitly underlines that the only reason Jolie sold her share of the winery to a second party was because of the nondisclosure agreement Pitt added to the agreement. As mentioned in her filing, the FBI agent who had investigated the abuse allegations against Pitt back in 2016 “concluded that the government had probable cause to charge Pitt with a federal crime for his conduct that day.” As per the FBI’s report, they had every reason to arrest him but didn’t take the step.

“After reviewing the document, representative of the United States attorney’s office discussed the merits of this investigation with the case agent,” read the court papers. “It was agreed by all parties that criminal charges in this case would not be pursued due to several factors.”

According to Jolie’s lawyers, the Maleficent star went to “great lengths to try to shield their children from reliving the pain Pitt inflicted on the family that day.”

“But when Pitt filed this lawsuit seeking to reassert control over Jolie’s financial life and compel her to rejoin her ex-husband as a frozen-out business partner, Pitt forced Jolie to publicly defend herself on these issues for the first time.”

Pitt’s lawyer, Anne Kiley, has denied the claims made in Jolie’s lawsuit and stressed that her client will not be shouldering any responsibility for actions he never committed. It remains to be seen what decision the actor’s legal team takes in the face of being countersued by Jolie. Also, their custody battle over their six children continues though only time will tell how the abuse allegations against Pitt will influence the outcome.