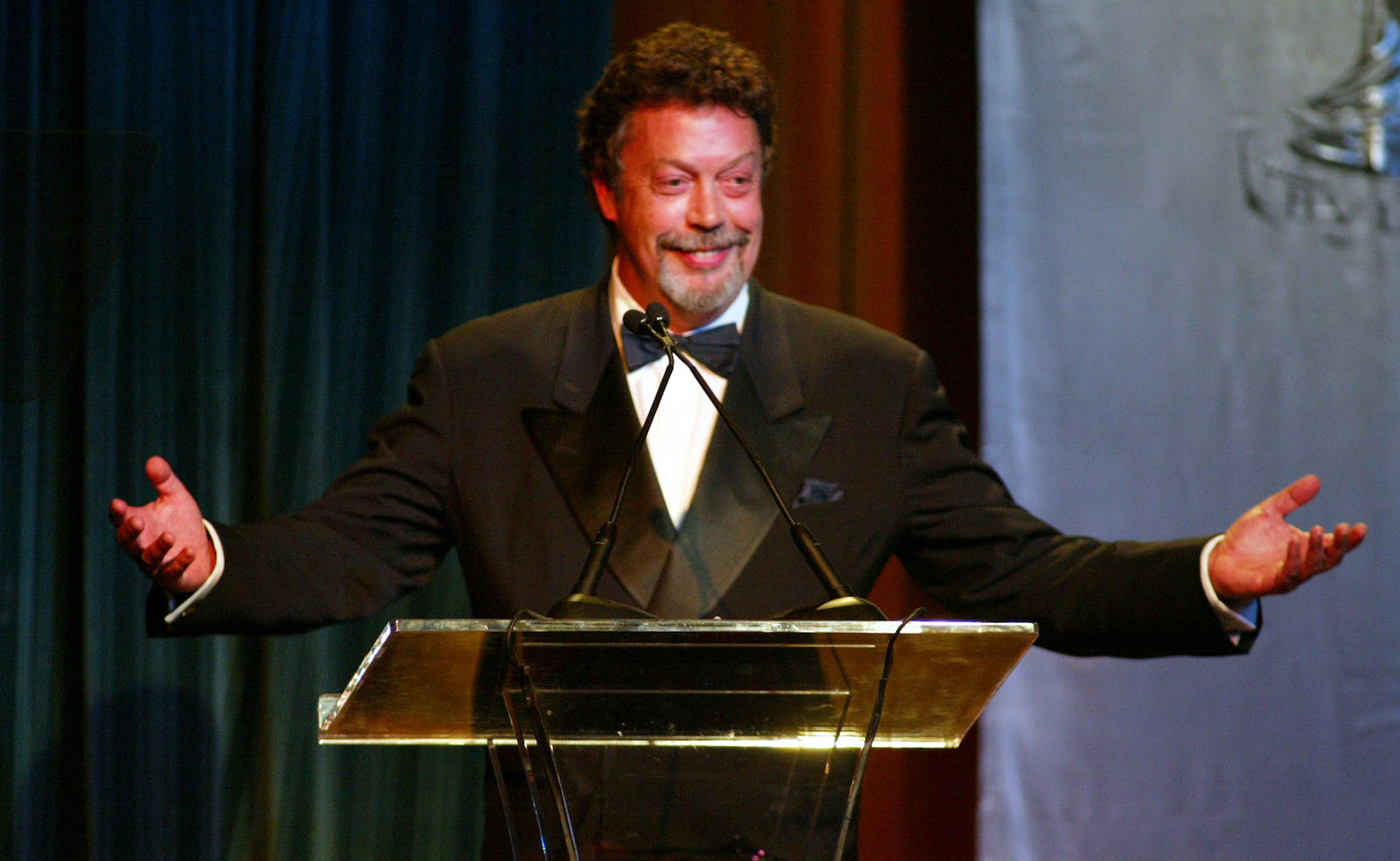 English actor Tim Curry is a renowned national treasure whose career stretches back fifty years and is attached to a plethora of memorable performances. Across his career so far, the 75-year-old actor has portrayed eccentric scientist, Dr. Frank N. Furter, in The Rocky Horror Picture Show, terrorized children as Pennywise in It, and reigned as the Lord of Darkness in Legend. As a result of his success, Tim Curry’s name is often fondly mentioned. In fact, as you read this, the Home Alone 2 star is trending on Twitter.

Currently, Curry is one of the much-debated topics on Twitter, but folks aren’t exactly sure why. The actor will be celebrating his 76th birthday tomorrow, April 19, which could be an explanation why he is suddenly a topic of discussion amongst netizens. Or perhaps devoted fans are simply expressing their appreciation and love for the gifted actor who has provided a strong lineup of fun performances over the years.

One user pointed out their confusion as to why Curry is trending, but decided to post his character Darkness just for fun.

Another user blatantly pointed out that choosing just one Tim Curry performance is impossible and attached many photos of his best characters.

We can’t disagree with this take at all.

Another user also expressed their confusion, but much like the rest of us, they didn’t mind in the slightest.

While we still aren’t completely sure why Curry is trending, he undoubtedly deserves the global love from fans as he has shaped an entire generation as an actor and starred in a slew of satisfying flicks. And with the actor’s 76th birthday just around the corner, we can expect him to continue reigning on Twitter’s trending news list for now.