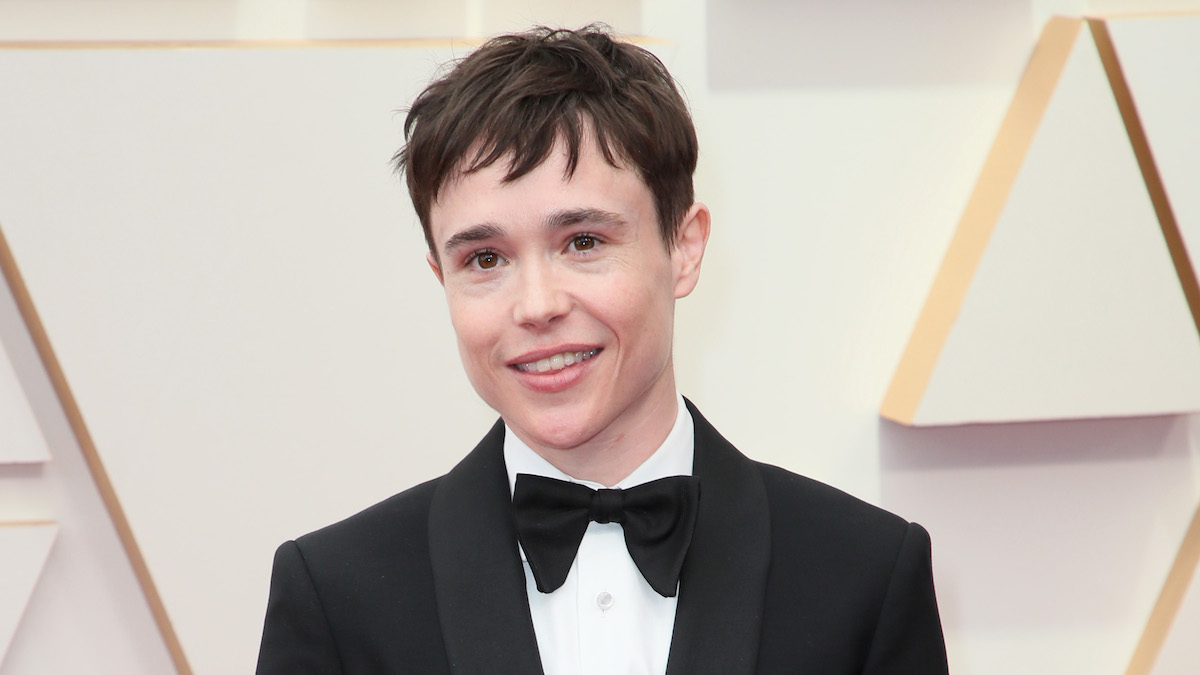 After Elliot Page‘s brave and boundary-pushing decision to come out as a transgender male, the star has continued some of his best acting work to date, appearing in The Umbrella Academy for a third season and slated to appear in Robodog. Here are some highlights from Elliot’s two-decade-long career, ranked.

Elliot pairs brilliantly alongside an endearing, wild Rainn Wilson in Super, an ultra-violent DIY superhero flick about the perils of vigilante justice. As things get bloody, Elliot’s ‘Libby’ sidekicks her way into the hearts of audiences looking for a buddy movie.

Undoubtedly one of the best films in the X-Men franchise, which is a fact few would disagree with. Among being one of the most action-packed X-Men entries, it’s also one of the more epic and heartfelt. Elliot shines in the role of Kitty Pryde, a superhero with the ability to become completely immaterial, passing through walls and avoiding physical damage.

Not for the faint of heart, this psychological thriller features Elliot as a precocious teenage girl who turns the tables on a child predator, drugging and luring him in the hopes of extracting a confession from him. It’s a tough watch, but Elliot’s ruthlessness is sure to keep you on the edge of your seat.

Bliss has always felt out of place in the oppressively Christian, suburban milieu of her everyday life. That is, until she discovers roller derby, and the badass group of young women shoving, kicking, and rolling their way to the finish line by any means necessary. Elliot brings an infectious awkwardness to Bliss’s character, and Whip It is a feel-good flick about someone struggling to find their footing (both literally and figuratively).

6. My Life as a Zucchini

A delightful animated French film whose characters belie a certain depth and sadness. After losing his mother, a young boy enters an orphanage, where finds friendship, hardship, and true love. Page plays the minor role of one of the foster home administrators, Rosy, and gives a heartfelt, lasting performance that makes this little animated number a must-watch.

Though the melodrama on screen between Mercy and Lucy often feels over-scripted, Elliot’s performance reigns in and ultimately grounds this dramatic film about the daughter of a man on death row who falls deeply in love with a woman whose political activism seeks to keep her father there.

Elliot provides the voice of Kelly in this wonderful indie Persian film about a young woman of Persian and Chinese descent who travels to Iran after receiving an invitation to present her poetry. The film pays homage to Iran’s extraordinary and ancient poetry tradition while engaging with the complexity of dual identity in a foreign country, never quite feeling like a home to someone who nevertheless has roots there.

What’s perhaps most remarkable about Elliot’s transition during the massively popular Umbrella Academy is the show’s sensitive and intelligent treatment of Elliot both on and off screen. A paradox called a Kugelblitz throws the Umbrella Academy into a sort of alternate universe, and Elliot returns as Viktor, making only cursory mention of his new identity before doing what he does best: fighting off the evil that threatens their family.

Elliot holds his own against Nolan’s all-star cast. As the gripping and meticulous Ariadne, Elliot plays the role of the crucial architect of the dream world from which the characters must enter to rescue their compatriot. Elliot recently admitted to having bouts of extreme anxiety and gender dysphoria during the shoot, revealing that he even fainted after the premiere.

Could it be any other? Elliot’s earnest, hysterical, and ultimately believable portrayal of a teenage mother-to-be pulled at the heartstrings of audiences worldwide when it came out in 2007. There are few characters as likeable as Juno MacGuff, and it’s one of those rare movies where you root for just about everyone who appears on screen.