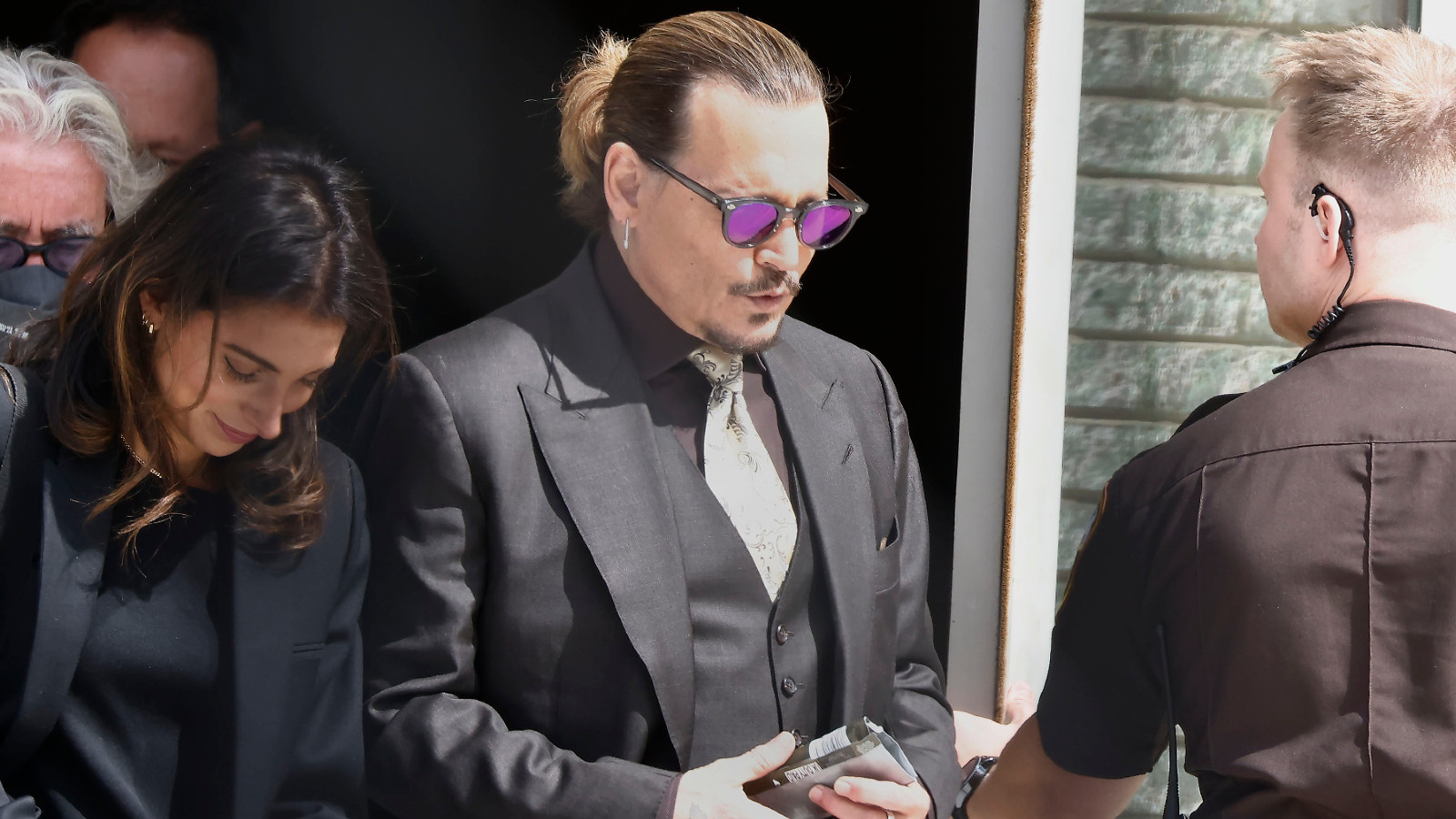 The defamation case between Johnny Depp and Amber Heard is now in its third week at trial, as onlookers around the world have become engrossed in the explosive live testimony. The court of public opinion seems to be swinging decidedly in favor of Depp, though it’s worth noting that while he has testified, Heard will be telling her side of the story later on in the trial. Nevertheless, the TikTok hashtag #JusticeForJohnny surpassed 270 million views by Thursday morning.

However, one video out of the thousands began catching people’s attention this week — as an eagle-eyed TikTok user believes they spotted one member of Heard’s legal team, attorney Elaine Bredehoft, at the London premiere of Depp’s 2013 film The Lone Ranger.

“Yeah, it’s real,” captioned the owner of the @johnnydepp80s TikTok account, pointing out a familiar-looking face in the crowd of fans behind Depp at the premiere. “Amber’s lawyer is a Depp fan,” the video claims, along with a flushed face emoji.

Suffice to say, commenters couldn’t get enough of the conspiracy theory. “She probably took the job just to see him all day long,” quipped one user. Another added: “This is her villain backstory.”

“When I say that even Amber’s team are on Johnny’s side,” added another. Likewise, more than a few commenters even went so far to suggest that Bredehoft was intentionally doing a bad job representing Heard to help Depp win — since her lawyering skills have come under question, to begin with, since the start of the trial.

While the woman in the video does unquestionably look like Heard’s attorney, unfortunately, there’s no way of knowing without Bredehoft confirming it herself — which would likely result in a mistrial, in the remote chance it was her.

Hey, if you doubt this trial could get weirder, just wait.