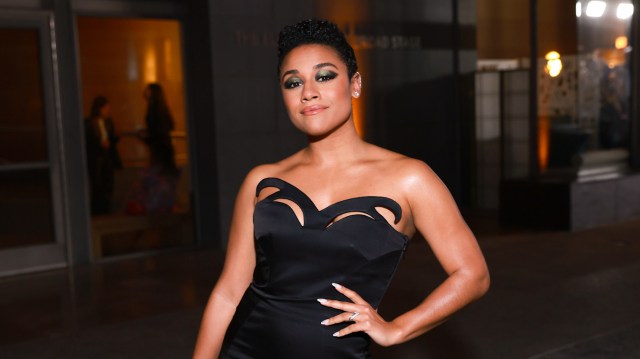 Oscar-winner Ariana DeBose is speaking out about the importance of women having the right to be in charge of their own bodies following the news that the Supreme Court of the United States has overruled Roe v Wade, effectively reversing constitutionally protected abortion rights on a federal level.

“Yeah, ain’t NOBODY telling me what I can & can’t do with my body. Ain’t nobody telling me who I get to love or marry for that matter. America… you’re in for the fight of your life,” the West Side Story star wrote in a post on Twitter.

DeBose also took the opportunity to promote a theatrical performance she will be part of, known as Broadway Bares, which is apparently a show being put on for charity this weekend. She also shared a jaw-dropping photo of herself to go along with the post.

According to the website of Broadway Cares, which organizes the Broadway Bares show, “Broadway Cares/Equity Fights AIDS is the philanthropic heart of Broadway” which garners support from donors in order to provide “groceries and medication, health care and hope to those in all 50 states, Puerto Rico and Washington, D.C., affected by HIV/AIDS, COVID-19 and other life-threatening illnesses.”

The Broadway Bares show will be happening this Sunday, in two performances, in New York City, according to the official website.

When one Twitter commentator criticized DeBose’s post as “tone deaf,” the actor responded with a respectful explanation:

“Eden, if I want to encourage anyone to attend an event where we get to celebrate our bodies, fighting for our rights- as this organization & the queer community has had to for decades- then that is my right. If you don’t like it unfollow & register to vote if you’re old enough.”

Though DeBose did not mention the Roe v Wade overturning decision by name in the pair of tweets, it’s pretty obvious based on the timing and subject matter that her post was a response to that. In terms of her allusions to “fighting for our rights” as it relates to the “queer community,” that’s also inextricably tied to the SCOTUS news Friday, with many believing LGBTQ2IA+ rights may be next on the chopping block. As the Associated Press writes,

Earlier this year, DeBose became the first openly queer woman of color to win an Academy Award for her performance in Steven Spielberg’s West Side Story remake, according to a Twitter post by DeBose from back in May. She is also set to star in the forthcoming superhero flick Kraven the Hunter.