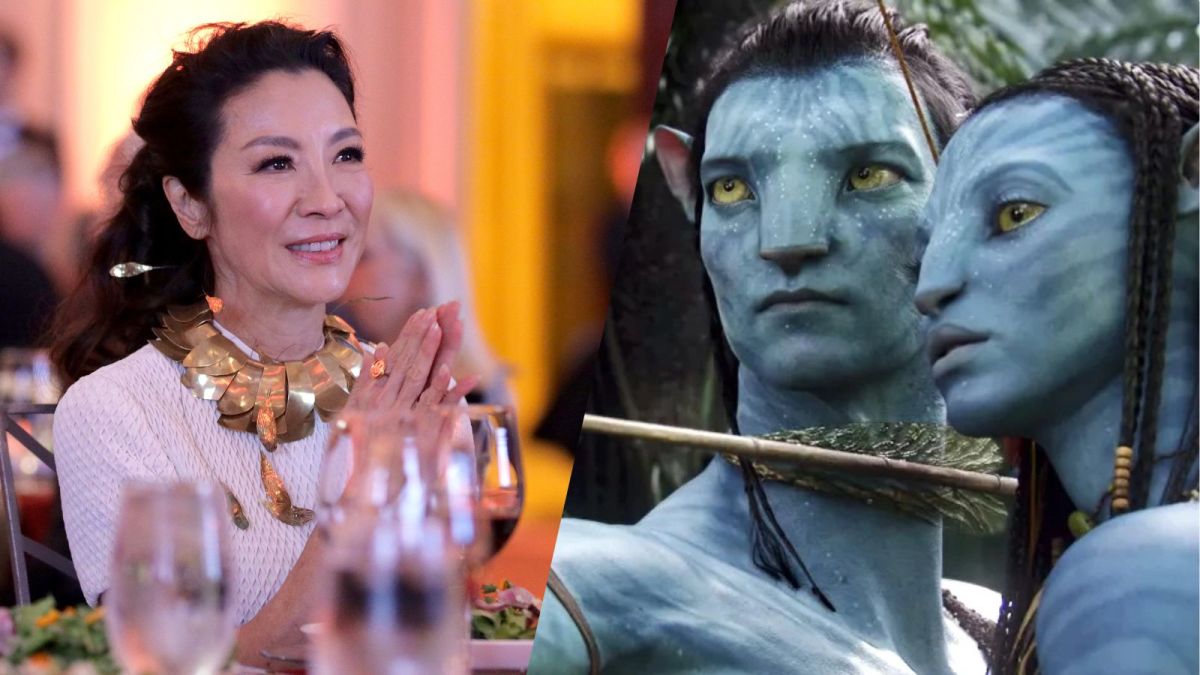 Warning: This article contains spoilers for Avatar: The Way of Water

Back in April 2022, Michelle Yeoh said that she was in talks with James Cameron, and was rumored that she would have a role in Avatar: The Way of Water. After her performance in Crazy Rich Asians and Everything, Everywhere, All At once, not to mention being declared Time Magazine’s Icon of the Year of 2022, it made sense for someone like her to be included in a large blockbuster film.

In an interview with Entertainment Weekly, she expressed her eagerness to work with Cameron in the upcoming film and that she can’t speak much about her role in the film until it comes out in December. But based on all the known information so far, she’s going to be playing a human. However, when you watch the film, it seems like Yeoh’s character was nowhere to be seen.

Where is Michelle Yeoh’s character in ‘Avatar: The Way of Water?’

Yeoh said in her interview with Entertainment Weekly that her character in the Avatar sequel is a scientist named Dr. Karina Mogue. She confirmed that she’s shot her scenes for the film and looks forward to returning. Screen Rant also reported that she would appear in Avatar 3, that’s scheduled to release in 2024.

Unfortunately, Yeoh didn’t make an appearance in the new Avatar movie. Even on IMDB, her name isn’t listed in the cast list, so perhaps her character was removed in the sequel and might return in the next installment. This was confirmed on Yeoh’s IMDB page, where her appearance in Avatar 3 to 5 was listed under the “upcoming” tab. According to an article by Inverse, Yeoh will be some of the newcomers who will be included in the third installment, alongside other celebrities like Oona Chaplin (Game of Thrones), and David Thewlis (Justice League).

Yeoh expressed multiple times in various interviews how Cameron “is a walking genius” and how it was a huge honor for her to be involved. While it was unfortunate to not see Yeoh in the latest Avatar installment, we’ve got our fingers crossed that she will make an appearance in the third film.