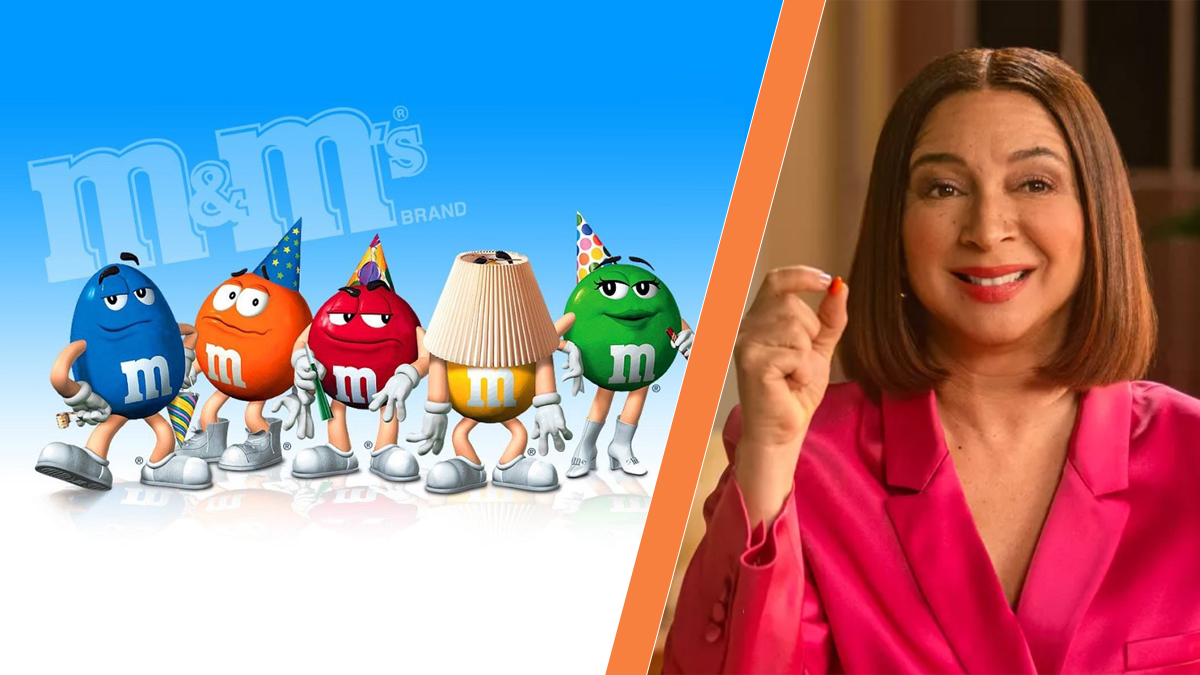 Actress and comedian Maya Rudolph was named M&M’s new spokesperson for the foreseeable future, according to an announcement posted to M&M’s Twitter account, replacing the beloved spokescandies that have been around since the mid-1990’s.

“… we have decided to take an indefinite pause from the spokescandies. In their place, we are proud to introduce a spokesperson America can agree on: the beloved Maya Rudolph.”

While many people may not recognize her name, there’s a good chance you’ve watched her steal the show in your favorite comedy or heard her voice in many of the animated films in which she appears. Here are some things you may not know about Maya Rudolph.

Rudoph has been acting since 1996, but became a household favorite when she joined the cast of Saturday Night Live in 2000. Since then, she has impersonated the likes of Oprah Winfrey, Christina Aguilera, vice-president Kamala Harris, Beyonce, and even Paris Hilton – all showcasing her witty sense of humor and spot-on impersonations.

Since making her acting debut as a nurse in Chicago Hope, she has gone on to appear in some of Hollywood’s funniest movies and TV shows, including 50 First Dates, Grown Ups, and The Good Place. She has also lent her voice to The Simpsons, Big Hero 6, The Angry Birds Movie and Big Mouth, just to name a few. In 2022 alone, the comedian appeared in eight productions, including a villainous turn in Disenchanted.

The Gainesville, Florida native is the daughter of music producer Richard Rudolph and soul singer Minnie Riperton. The couple wrote the number one single “Lovin’ You,” a song in which Riperton hits the whistle note. Richard Rudolph and Stevie Wonder also produced the album Perfect Angel, on which “Lovin’ You” appeared. The unedited version of “Lovin’ You” also includes Riperton singing “Maya, Maya, Maya” to her then-baby girl.

While Rudolph inherited her mother’s love of singing, she said she does not have quite the vocal prowess of her mother.

“I sing … I don’t sing like her – nobody does. I don’t know why the genetics were cruel to me like that.”

Rudolph formed the band Supersauce at the University of California at Santa Cruz. After graduating in 1994, she joined the alternative rock band The Rentals with Weezer bassist Matt Sharp. When the group disbanded, she decided to take up comedy and joined the improv troupe The Groundlings.

The talented actress never let music go, however, and is one of the singers of the Prince cover band called Princess. They performed “Delirious” at a Prince tribute concert in 2020 with the late singer’s band The Revolution.

While Rudolph is part of Adam Sandler’s iconic friend group who make appearances in his films, she also appears frequently with Amy Poehler, Kristen Bell, and Kristen Wiig, among others.

One of Rudolph’s longest and closest friends is actress Gwyneth Paltrow, who she met at St. Augustine by-the-Sea School after moving to Santa Monica. They appeared together in the 2000 film Duets.

She appeared with some of her closest friends in the comedy Bridesmaids, alongside Wiig, Rose Byrne, Melissa McCarthy, Wendi McLendon-Covey, Ellie Kemper and Rebel Wilson.

“It was such a nice, I mean, when you know people for a long time and then you get to do something like that – I remember saying I love this movie because it’s so fun and it’s so special.”

In the movie, Rudolph had the famous scene in the wedding dress where she had to defecate in the street after getting food poisoning.

Rudolph will make her debut as the new spokesperson for M&M’s candies on Feb. 12, 2023, during Super Bowl LVII. After M&M’s made their announcement, the actress appeared on The Today Show to discuss her upcoming TV series Loot and other upcoming projects, including her new gig.

“I’m thrilled to be working with M&M’s. I am a lifelong lover of the candy and I feel like it’s such an honor to be asked to be part of such a legendary brand’s campaign.”

According to a Mars, Inc. press release, the ad will be a 30-second spot produced by BBDO New York. It will appear during the third commercial break of the second quarter. Following the Super Bowl, they said there will be an extensive, immersive campaign throughout the month of February.