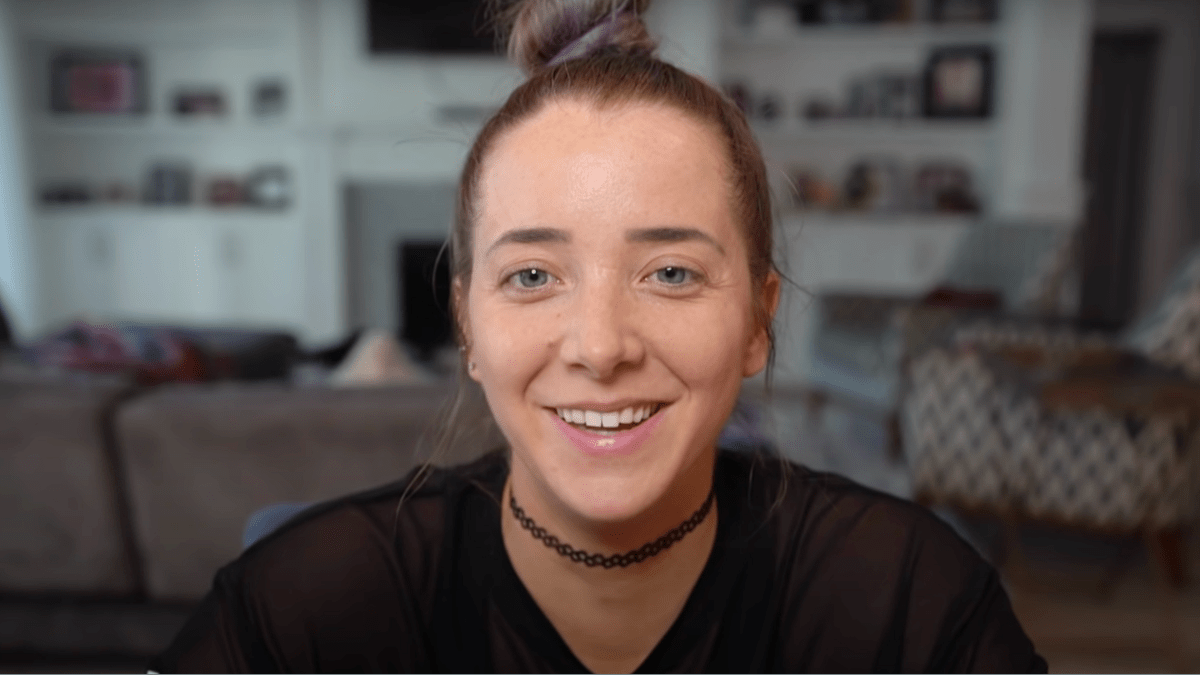 When we think of classic YouTube, we immediately think of Jenna Marbles. Marbles, born Jenna Mourey, first began uploading humorous videos with titles like “How to trick people into thinking you’re good-looking” on her YouTube in 2010 and she quickly became one of the first to make YouTube a proper career.

Marbles soon amassed around 20 million loyal subscribers who tuned in to watch cooking videos, makeup tutorials, and skits featuring Marbles’ then-boyfriend Julien Solomita and their dogs. It’s hard to stress just how popular Marbles was in her heyday; every video uploaded was watched by millions, no matter how obscure the content.

One can imagine how big of a shock it was when Jenna suddenly announced she would no longer be a content creator. Marbles uploaded a now-deleted video titled “A Message” in 2020 where she abruptly informed her viewers of her decision to quit YouTube. But, why would she quit when she was seemingly at the top of her game? Will Marbles ever return to YouTube? We’ll take you through her departure and what she’s doing now.

When Marbles decided to stop uploading videos, the whole YouTube community was shocked. Her reasoning, ultimately, was that she needed to “hold herself accountable” for past mistakes she had made on her channel. In her final video, Marbles directly referenced videos she deemed to be racist and/or sexist from 2011 and 2012 — which are no longer publicly available on her channel — as motivation to step down as a YouTuber. Marbles references a specific incident she likened to donning ‘blackface’ while impersonating Nicki Minaj, saying, “It’s not okay. It’s shameful. It’s awful. I wish it wasn’t part of my past.”

She continues to explain that, originally, she kept the videos public as a way to document her growth and show how her views have changed over the years, but constant scrutiny eventually wore her down. After a time, old problematic videos were made private because she didn’t “what [them] to exist” if they were offending viewers. Ultimately, she said, “I don’t want to put anything out in the world that’s gonna hurt anybody.”

Marbles stated she was no longer enjoying her channel and would be taking an indefinite hiatus from her content creation. As the years have passed, it seems more and more likely that Marbles’ break is intended to be a permanent one, as it’s clear the pressure she was feeling was affecting her negatively. Throughout her last video, Marbles stressed that she never wants to hurt anyone and feels going offline is the best way to do that.

What does Jenna Marbles do now?

Updates on Marbles have been few and far between, with most coming from her significant “otter,” Julian Solomita. Solomita has remained active on social media throughout Marbles’ hiatus and has given updates on the couple’s shared dogs. Recently, in a new video titled “I got married,” Solomita informed fans that the long-term couple recently wed. The two have been together for nearly a decade and tied the knot in November of this year, but haven’t had much time to celebrate as their dog Peaches suffered from a medical emergency shortly after the ceremony. Peaches has fortunately made a full recovery, and the couple decided it was time to show fans a few pictures from the wedding.

Solomita casually announced their engagement in April of last year, saying he proposed because he “just woke up and wanted to be married to her.” Marbles filmed many of her popular videos with Solomita and he became a fixture on her channel. As one of the internet’s favorite couples, news of their wedding has spurred other content creators and fans to give their well-wishes to the happy couple.

Other than marriage, not much is known about what Marbles is currently up to. There had been no social media sightings of Marbles until July of this year when a fan picture of her and Solomita went viral on Twitter. Some fans were concerned about Marbles’ privacy, while others were hopeful the picture meant the former YouTuber’s return was imminent. Solomita thanked fans for their interest and concern but said the couple is okay with fan pictures being posted online.

Many fans of Marbles believe she shouldn’t have left her channel, as she might be one of the few YouTubers who sincerely cares about their actions. Subscribers hold out hope that Marbles will make a return and wish her well in her offline endeavors. Congratulations to the happy couple!